By Ccobbina (self media writer) | 24 days ago 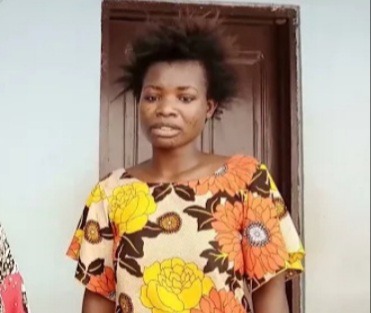 A young woman named Priscilla Appiah who was accused of conspiring with her mother to steal a baby was granted a bail but she stills remains in the police custody because she was not able to meet the bail conditions. She woman was asked to pay an amount of GHC100,000 with three asurities.

Theresa Asamoah is the mother of the accused and she was staying with the baby before they were arrested and has started serving the jail terms whilst their case has been adjourned. According to the police, Theresa and her daughter deceived a woman who gave birth at the hospital and took away her baby. The baby's mother Silvia Pimi comes from Nandom in the Upper West Region, she was staying with Theresa and her daughter, while she works as a head potter.

During the court proceedings on 9th September, 2021, the Prosecutor Inspector Regina Oparebea Amoako said Priscilla lied to her husband that she was pregnant. So the moment Silvia gave birth, they took the baby and informed the husband that she has given birth. They also told Sylvia that her baby died after she gave and was sacked from the house. The Prosecutor Inspector Regina Oparebea Amoako told Citi News that the case was called and the complainant was in court.

The accused too was brought to the court because she was in the police custody. A lawyer came for a review of the bail conditions but she was not granted because the accused is not having a particular place to stay, she and her husband has been separated. The husband too is a witness for prosecution due to that the bail was once again not granted.

Watch the video through the link below: