By Osuanni (self media writer) | 1 year ago 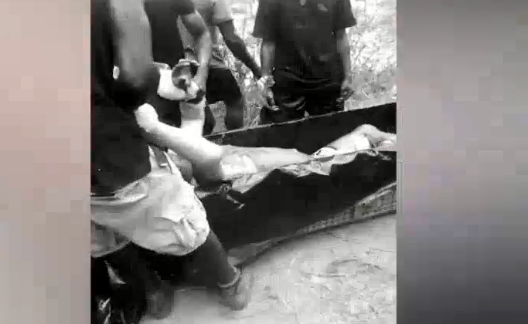 The rate at which murdering, robbery, and accident cases are going on in the country has become devastating and it is time the interior minister, minister of defense, and the national security boss should do something about the current situation because the citizens in the country can’t continue to leave in fear.

In news today as reported by Radio Peace in Winneba. 28-year-old man murdered and dumped in a river at Gyadzie which is one of the sub towns to Winneba. According to the report the river is used by the community for worship their clothes and also used to bathe since the water system is not stable at the place.

Two teenagers went to went the place to fetch water this morning and found the 28-year-old man called Adomako Asare laying at the shore of the river. They were anxious so they run to the town to tell people what they saw at the riverside.

Some of the people who heard the news rushed to the place and it was true Adomako was found dead at the shore of the river.

They called the police and they came to carry the corpse. According to the report, what caused his death is not revealed but they suspect he was murdered and dumped at the place as if he drowned in the river. Keep following me as I bring you all the updates. May his soul rest in peace.