Nana Dope Has Been Arrested, Shatta Wale And Others Are Being Pursued By The Police Service

Ghanainan Dancehall artiste Shatta Wale's spokesperson who posted the fake news about Shatta Wale being shot by unknown gunmen and one other person who is believed to be a suspect habe been arrested by the Ghana Police Service. 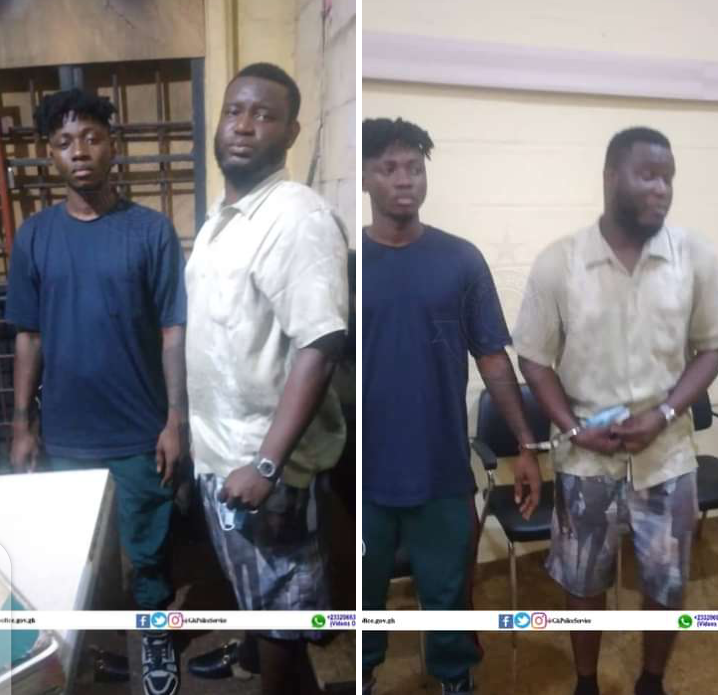 The Ghana Police Service on their Facebook platform has revealed that, two people namely Kojo Owusu Koranteng popularly known as Nana Dope and one Eric Venator have been arrested for spreading false information with the intention to cause fear and panic to the public. According to the police they arrested these two suspects today, which is the 19th of October, 2021. 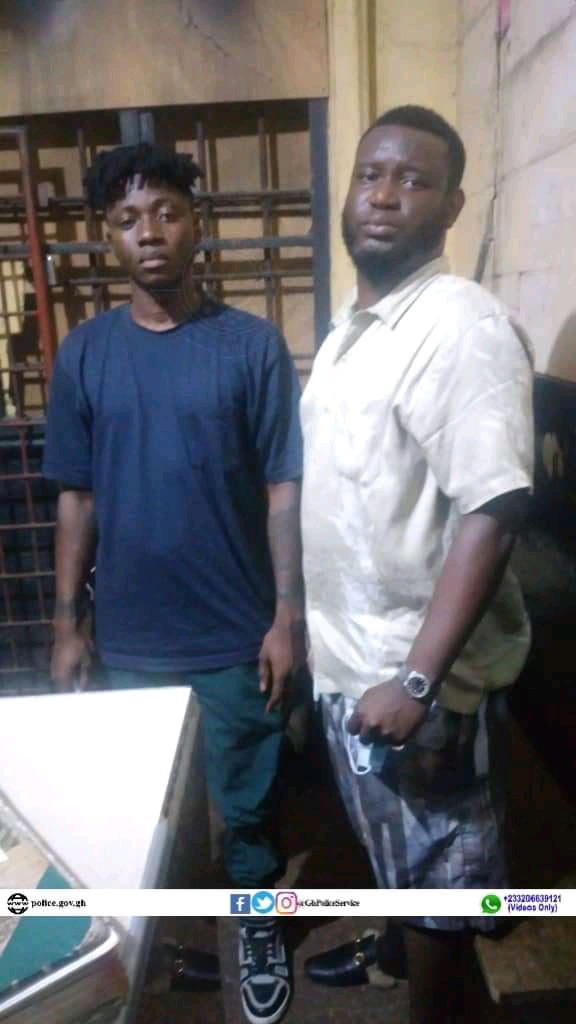 According to the police, these two men were arrested in relation to the false information that was given or posted on social media and other platforms.

They also revealed that, Shatta Wale and other people who are believed to be part of the plot of the spread of the false news about Shatta Wale being shot are been pursued by the police service. They also said that no one will be spared if the investigation points to the fact that they are guilty of what happened last night. 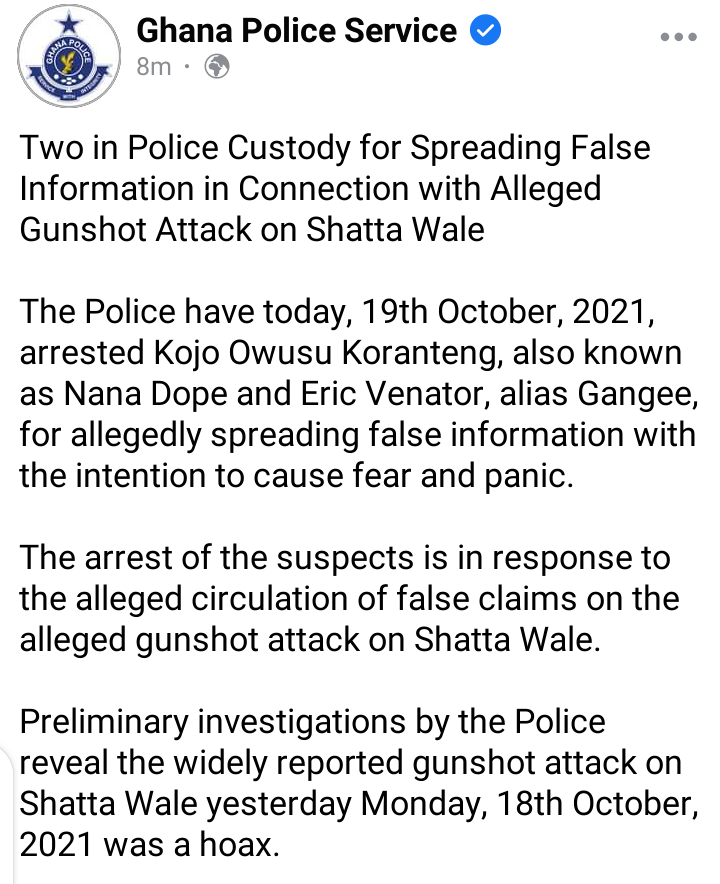 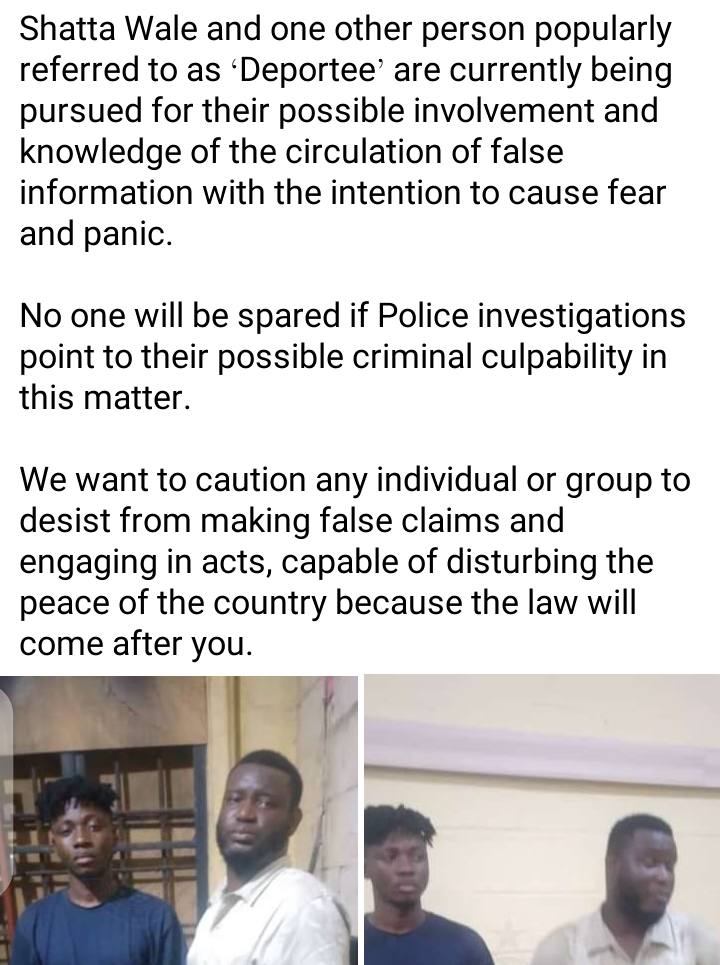