By Ccobbina (self media writer) | 1 year ago 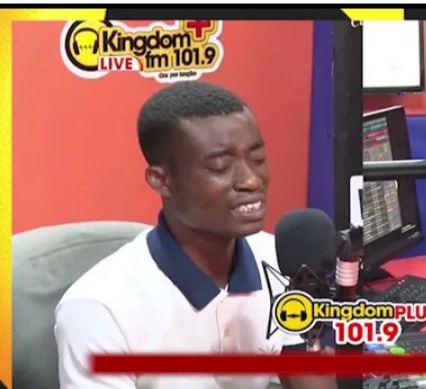 A 29 years old man called Prosper Joker from Nkonnya in the Oti Region has shared his story about how a pastor sold six flowers oil to him after he went to the pastor for help. Prosper had a dream at the age 8 and someone gave him a bible but he didn't not accept it, the person then told him that if he doesn't accept the bible, he will suffer in life but he did not inform his parents about this dreams.

The young man was willing to go to school but his father told him that he will rather used the money to buy alcohol. The father is 75 years old now and he has been drinking alcohol from his youth up till now. Fortunately his uncle build a school in one of the communities, so he was enrolled in the school but later the school collapsed. His mother too was struggling to take of him so he went to stay with a man who was a fisherman.

Prosper was not punctual at school due to the nature of their work. His cousin who is a gay came to visit them, he forced Prosper and slept with him. He did not tell anyone about what his cousin did to him. Later he came back to his mother because the fishing work was very difficult for him. He went to farm one day and all of a sudden, he started feeling pains in his waist and was not able to walk.

The young man went to a herbalist who cut his waist and chest to put some herbal medicine in it. Prosper was still going through pains, he then prayed to God to heal him. He recovered and later travelled to Accra in search of work. He didn't get a better place to stay, he slept at the bus station for one month. Prosper found one his friends and went to stayed with him.

He travelled with his friend to Obuasi to do galamsey work. One day a man called him at the market and told him that his grandmother wanted to help him. The man then asked for GHC 300 and he gave Prosper a lotto number but he did not win. Prosper came back to Accra but life became very difficult for him. He tried to kill himself but he was not able to do it. He went to a church for help but the pastor gave him six flowers oil to put in water and used it to bath. The pastor told him that the oil will help him to overcome the hardship Prosper is facing in life.