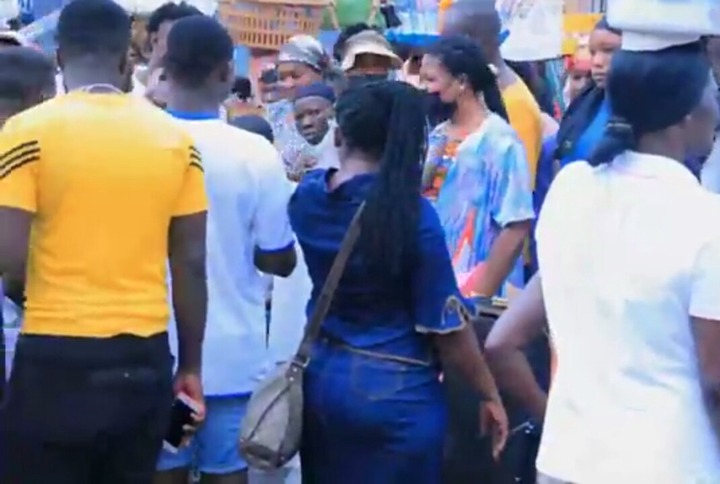 Yeboah Hannah, a 46-year old woman has find herself in trouble, after she used canes and electrical wires to lynch three pastor's in public this morning. Yeboah Hannah who is the mother of a doctor at Kwadaso Government Hospital, has taken it upon herself, to strike on all street pastor's in Kumasi over their claims of worshiping the Lord. Hannah on this morning, was stopped over by a pastor when she was going to the market to purchase some items, when one of the street pastor's stopped her to lecture her about something on her male child. Hannah's son, who is a medical doctor at Kwadaso has just been posted to the hospital to serve, and Hannah got interested in the subject when the pastor said he has seen something about her male child.

Hannah has three children, whom one is male and the rest are females. The doctor who is the first born, is the only male child of Hannah, whiles the females are the younger siblings of the doctor. Hannah got interested when the pastor stopped her to preach to her about a calamity coming upon her male child, not knowing the pastor was playing with her intelligence. The pastor started from her son been abroad, and facing hardships. And asked Hannah to an make offertory seed to the Lord, so he the pastor use that to break any spell hanging on her son. Hannah has never traveled out of Kumasi to even Accra before, and neither has she seen Kotoka before, but the pastor made claims of her son in abroad.

He listened to the pastor for twenty minutes, and didn't spare the pastor after he finished talking lies about herself, and her family. The pastor Yobi who preaches in front of the central market, got beatings from Hannah when he ended his lies. Hannah took wires from the pastors speakers and gave him several beatings until people came to the pastor's rescue. Hannah took the collection bowl of the pastor, and distributor the money to four headpan carriers, who were there when she finished beating the pastor.

Hannah from there, went to Adyishie Market, where she was going to board a car, and saw another pastor preaching. She stopped after passing behind the pastor to know, if he was also a hungry pastor. Hannah stood there and watch the pastor finish all his preaching, where he opened a bowl to take offering. The pastor after placing his bowl there, asked people to donate to the work of God. And Hannah went there accusing the pastor of been hungry, and exploiting others for his personal gains.

She instructed the pastor to stop the collecting the correction, and the pastor branded her as a witch. Hannah used the wire she got from the first pastor Yobi, and hammered all her strength on pastor Marfo. She gave her a severe beatings, which saw people coming to the aid of the pastor. The people watched Hannah beat the pastor before going to stop it, when they saw the pastor with bruises. Another pastor who was with pastor Marfo, got his share of the beatings when he tried saving Pastor Marfo.

Hannah was about to leave the place for her car at the Adyishie market, when pastor Yobi, the first pastor Hannah caned brought police to arrest her. Pastor Yobi heard Hannah has taken the beatings to Adyishie market, and informed the Adum police, who went with him to arrest Hannah. Hannah through her son the doctor, has been granted bail but the case is yet to be decided whether it will see court room or not. Hannah according to her, if Pastor Yobi didn't lie to her, she wouldn't have done anything to them. They walk with their stomachs, deceiving others and I thought them a lesson. I will continue the fight and get rid of them from Kumasi, Hannah voiced out. If they preach and don't take money, I am not concerned, but when they take money after their preaching then they are not from God but their stomachs. When they don't get money from anyone, they start making false revelations just to get your attention. They play with your instincts, and if you are not careful, they dupe you. 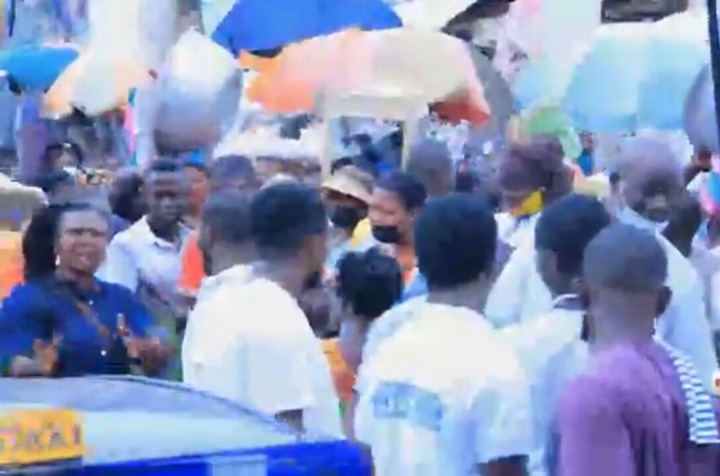 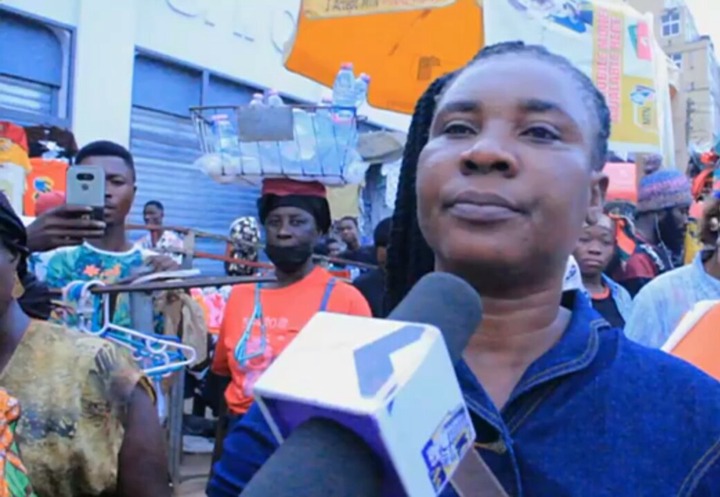 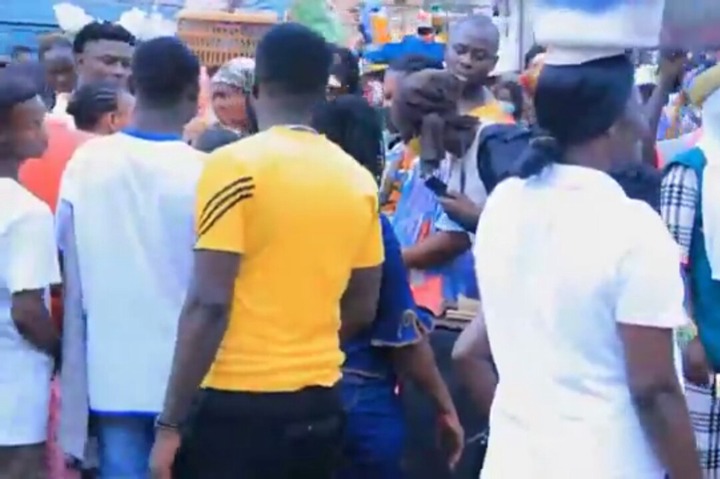 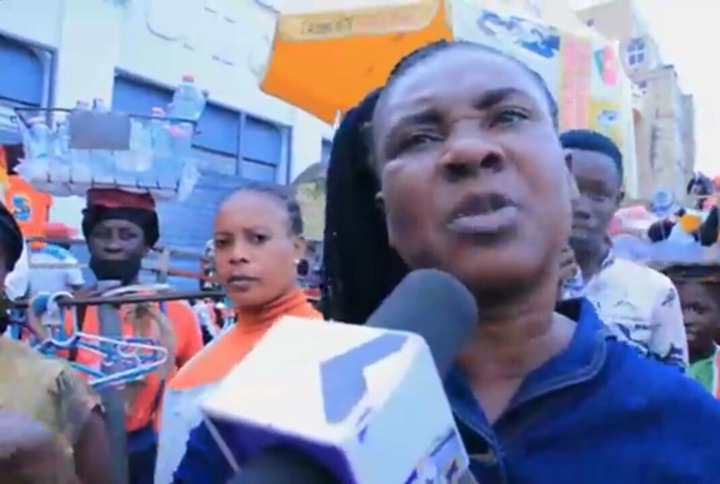 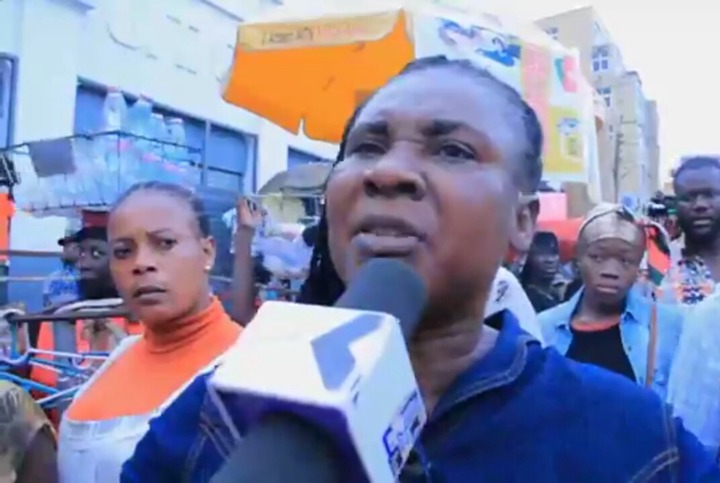 If We Want Fight This Galamsey, We Don't Need Dialogues - Bobby Benson