Another Deep Secret Unfolds: Kidnapped Tadi Woman Never Had ‘Sex’ With Her Husband For 4 Months 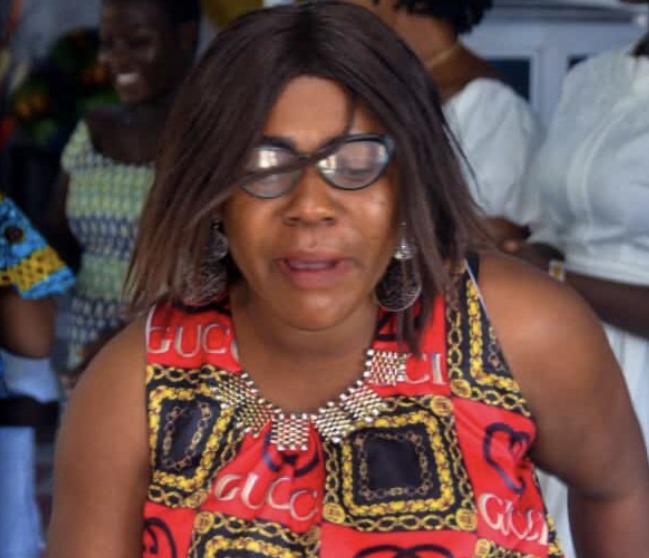 The most anticipated news that has got lots of Ghanaians talking is that of the “kidnapped” Takoradi woman as recent reports have proven that, the victim who is now a suspect was never kidnapped nor pregnant.

Even though the Western regional Minster, Kwabena Okyere Darko Mensah alongside the medical Doctor and police services boldly came out to prove with evidence that, the “kidnapped” Takoradi Lady was never kidnapped nor pregnancy as she claimed, most Ghanaians were in a dilemma as to who to believe considering how the family members and residents of Takoradi responded to the Minister’s statement.

The suspect, Josephine Panyin Mensah took the privilege to confess to a team of medical and investigation officers who were monitoring her at the Effia-Nkwanta regional hospital in the Western region that, she was neither kidnapped nor pregnant as claimed by her husband, family members and residents at Takoradi.

The “kidnapped” Takoradi woman, Josephine Panyin Mensah also took the opportunity to ask for forgiveness from her husband who is currently in a state of shock whilst she broke down in uncontrollable tears.

According to recent reports, the victim who is now a suspect has revealed more secrets behind her kidnapping and pregnancy aside claiming that, they were all false.

Whilst speaking to the police after gaining consciousness, the victim now a suspect, Josephine Panyin Mensah boldly revealed to the police that, she has not had sexual intercourse with the husband, Michael for the past three (3) to four (4) months whilst claiming that she could lose her baby.

In addition to this, reports also revealed that, Josephine Panyin Mensah never requested for a sanitary pad to soak blood that might be dropping from her since she claimed she had given birth during her observation.

What do you think about the “kidnapped” Takoradi woman lying about her kidnapping and pregnancy even though most individuals still think otherwise?