The recent heartbreaking news that has undoubtedly sparked massive stir, debates and arguments across all social media platforms was when another innocent woman’s son unexpectedly met his untimely death over ‘wee’ transaction at Kotwi in the Ashanti region.

It was all anger, shock and frustration at Kotwi in the Ashanti region of Ghana as residents of the area couldn’t believe how an ‘innocent’ boy was unexpected stabbed multiple times to death.

The busy town of Kotwi unexpectedly turned quiet after the bloody scaffle as two friends were unexpectedly butchered to death over ‘wee’ transaction.

The prime suspect, Shareef who is said to be a 21-year old boy unexpectedly stabbed Nana Kwame, 28 in the chest, hence killing him instantly. 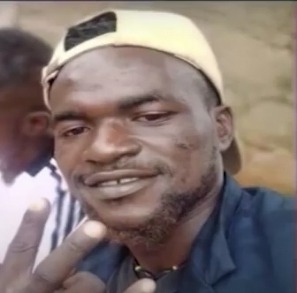 However, recent reports have also proven that, Shareef was also lynched to death by unknown mob as the two deceased are undoubtedly reported to be customers of a popular ‘wee’ base at Kotwi.

Meanwhile, mother of one of the deceased who was spotted crying uncontrollably revealed that, she never knew about her son leaving a life in the ghetto that led to his untimely death.

With respect to this, residence who were undoubtedly surprised by the unexpected incident took the privilege to urge the Inspector General of police, Dr George Akufo Dampare and his boys to help seek justice on the behalf of the bereaved family aside arresting others accomplices who were also involved in the ‘wee’ transactions.

On the other hand, mother of one of the deceased broke down in uncontrollable tears as she mourned the death of her son who got stabbed to death over the ‘wee’ transaction at the narcotics base at Kotwi.

What are your thoughts on the untimely deaths of the victims who got stabbed over ‘wee’ transactions even though most individuals claimed otherwise?