He 'raped' me for a week: A 16 year old girl described how her uncle abused and impregnated her.

By Dapaah_Gh (self media writer) | 3 months ago

Some men are evil, and they lack the fear of God that motivates them to respect their fellow human beings. A sixteen year old girl describes how her own uncle raped her.

During an interview on Oheneba medi, a girl named Portia shared her heartbreaking story about how her uncle raped and impregnated her. According to Portia, when she and her other siblings go to their uncle's house to watch TV, the uncle would tell her siblings to go home and sleep, then when they were gone, he would take her into his room pretending that he wanted her to do something for him there, then the moment they stepped into the room, he would take advantage of her.

Portia stated that after her uncle did this evil thing to her, she cried and wanted to go tell her parents about it, but the uncle warned her not to tell anyone about it. But when the uncle realised Portia didn't tell anyone because she was afraid of what he might do to her, he took advantage of her even more and continued to practice his wicked act on her for a week. She revealed that when her parents are not present, his uncle will ask her to bring his food to his room, and when she does, he will force himself on her. 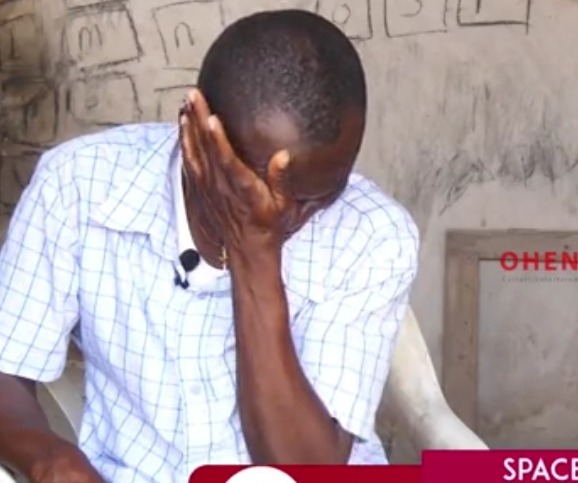 Portia's father, Mick, also revealed that her mother came to tell him that the way Portia was acting, it appeared that she was pregnant, so he asked her to check and see if that was true, which she did with a pregnancy test and discovered that she was indeed pregnant. They asked Portia who had impregnated her, but she didn't tell them right away for fear of what might happen to her. It wasn't until her father threatened to beat her if she didn't tell them the truth that she revealed to her mother and father that it was his uncle, her father's own brother.

When the father learned the heartbreaking truth, he attempted to contact his brother, but he had changed his phone number and had also fled his home, and he had no idea where he was as of now. The father revealed the saddest part of the who tragedy issues, which was that when Portia was two months pregnant, his wife, who was also pregnant, went to the hospital to give birth, but she did not survive after giving birth and died, leaving him all alone to care for Portia's child and his own baby, as well as his other children, making life very difficult for him. Portia wanted to be a doctor when she grew up, but her dream now appears to be impossible to accomplish due to her current circumstances, but with God, anything is possible.