By RockyJDJones (self meida writer) | 3 months 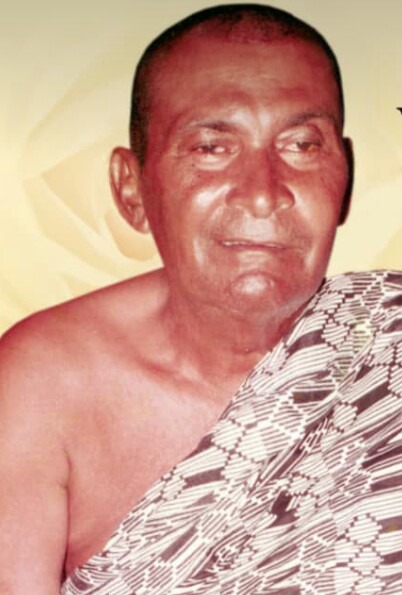 The Asakyiri family of Asante Akyem Bonfa will tomorrow morning, Friday the 16 of April 2021, lay in state Akwasi Broni who was known in public life as Pizali Andrews Baah. Pizali who was born to a Scottish father and a Ghanaian mother in 1936 could not live to attain his full age on earth when unknown men murdered him whiles he was in his own home. Pizali was a generous man who gave freely and never cared about his giving habit. He was cared for in his childhood by his Scottish father so when he grew up, he knew how to care for others and most of them were widows. Pizali started life when his father left for Scotland and never returned. He became the head of his fathers business while the mother continued selling her market items. Pizali was pressured mostly by the mother to marry at 20, and he never did at his tender age until he attained maturity. The mother did so because he was the only child she was able to conceive since the father did not return.

His father was into lands when he left for Scotland, and Pizali never abandoned and continued trading in lands. They buy lands and brings in investors from all over to take the land and develop it. They take shares from the lands because they give it out freely to the investors and that has been their mode of business operations ever since. One particular land that has brought confusion until Pizali was murdered was land they bought for GH¢293,450. They paid the full amount and found out that, the owners of the lands were brothers and they were fighting over the land. The brothers had inherited the lands from their late parents, but one of the brothers who had his name registered on the lands, was the one who sold the land to Pizali. He sold the land so Pizali could use it for whatever he wanted to use it for.

The other three brothers came to see Pizali after he made payment to the legally owned brother, and the other three brothers made him aware that, the lands were for all of them and Pizali should go to the legally registered owner of a brother who sold him the land, and take his money back. Pizali never argued with the men and made them leave his house that, whatever that happened between them as brothers were not his concerns, and if they had problems they should contact their brother who sold the lands to him because he bought legitimate land from him.

The three brothers warned him last two years that if anything happens to him, he shouldn't blame them. Pizali through his children arrested the three brothers for threatening his life but they were last released in February 2019. Pizali was even given a security guard for eight months to protect him after they released their brothers from cells. Pizali was not feeling comfortable around the security guard and made his children withdrew them all from his house and that was on the 14 of December 2020. Pizali was in his bedroom when he heard someone knocking, and woke from his bed to open the door. He thought it was one of his children and met his death. From CCTV footage, the armed men masked their faces with cartoons which makes it difficult to trace them. They twisted the neck of Pizali when he opened the door and that was on the 13 of January 2021, exactly one month after his sons withdrew his security protection.

The case has been investigated for over three months and no one has been prosecuted for it. The family will lay him in the state tomorrow morning from six to ten and burial in the afternoon. Family sitting will be after the burial and all will end after that. The children and family of the Asakyiri is following the orders of the man when he was alive. His order was for the family to do a simple one day funeral for him just as the whites and foreigners do at their funeral. And per his wish, that is exactly what will happen. 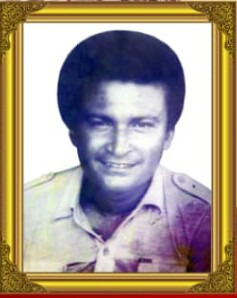 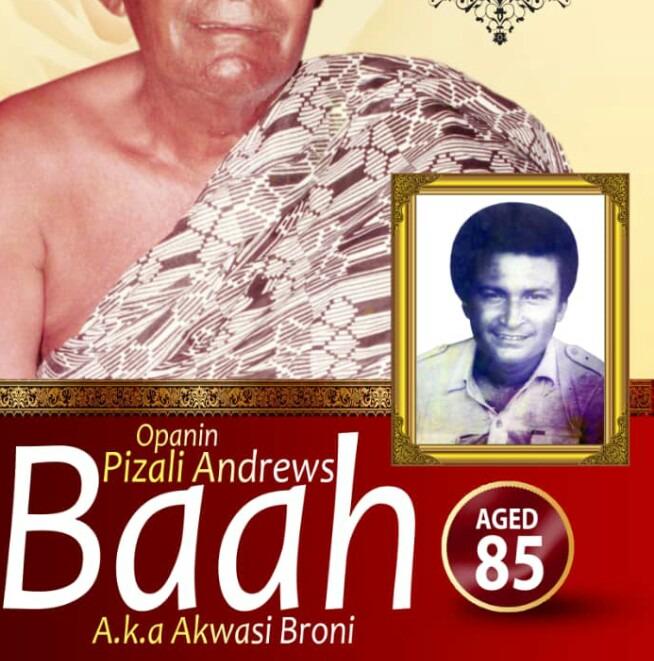