By Richisen (self meida writer) | 8 days 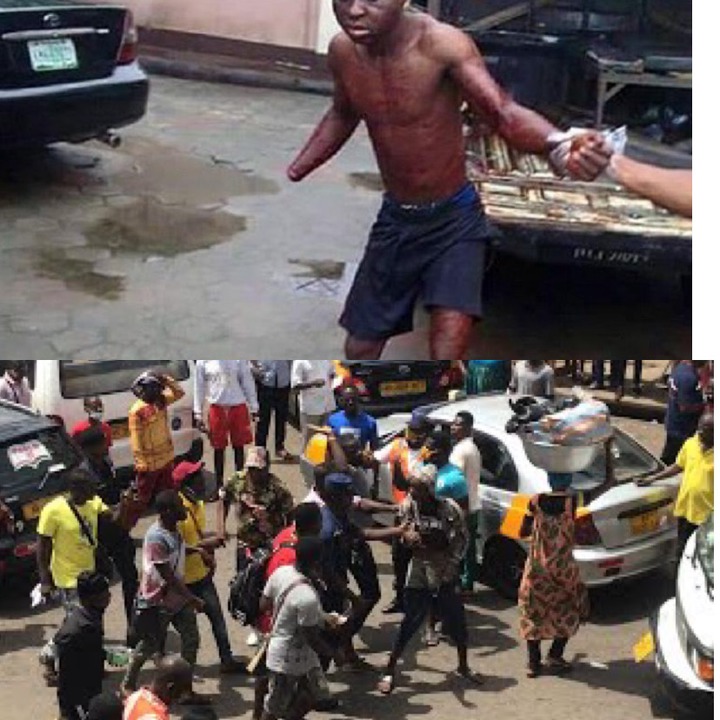 Thief after being seized by the crowd begged for his life over and over again but was still punished severely. It is not easy to be caught nowadays as a thief and spared and this is because of the crowd action against them when they are found or caught in the act. An alleged thief who is notorious for house to house theft was caught earlier today at a suburb of Ningo prampram.

He was allegedly carrying a laptop and an iPhone with him and these were devices he had stolen from a nearby barber shop. The boys in the barber shop shouted and called bystanders. He was instantly seized and beaten to the pulp. 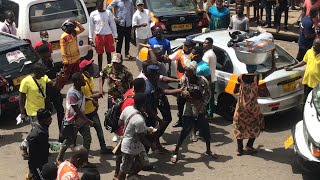 During this, they called for a cutlass to cut off his wrist and this is where he screamed in fear and said, please don’t cut my hand it was my first time and it will be my last. His hands were still amputated and spared the other hand. The thief who screamed in an excruciating pain was later picked up by the police and is allegedly being treated in the hospital.

Since the law does not allow this, those who were allegedly involved in this act directly were taken by the police too for some questioning. The thief’s life was spared but will probably never see stealing as an option or alternative again after this dreadful and scary experience.