By DBright (self media writer) | 16 days ago 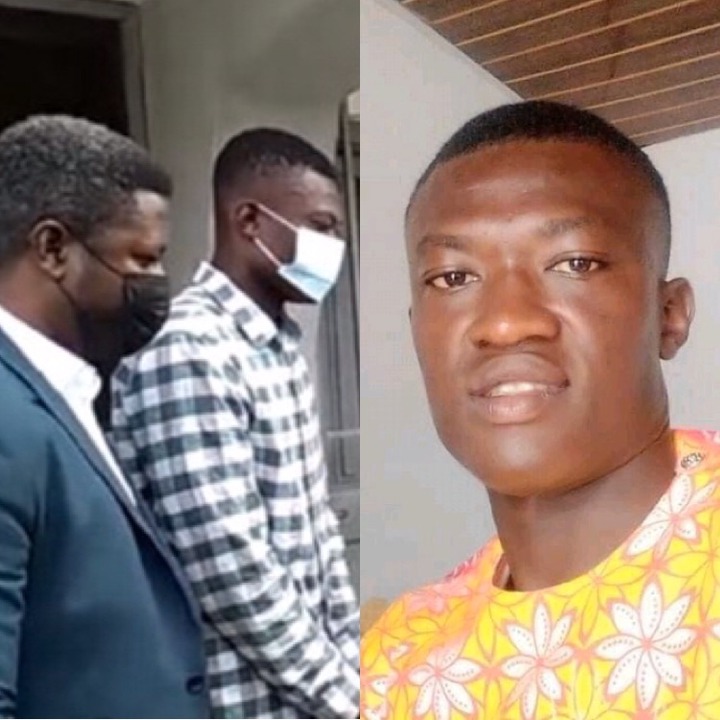 The heartbreaking incident that witnessed the fridge storage killer murder two innocent boys at Abessim sparked massive stir, debates and arguments across all social media platforms as most individuals kept wondering how a nice guy could perform such a heartless act.

With respect to this, the Acting Inspector General of Police, Dr George Akufo Dampare and his boys took it upon themselves to dive deep into the most anticipated case considering the worry most Ghanaians expressed over the heartbreaking case.

According to recent sources recently gathered from Richard Appiah’s confession, the fridge storage killer has finally broke silence by unveiling all the truth behind the Abessim murder.

Speaking about the most anticipated story to the police whilst on remand, the fridge storage killer, Richard Appiah highlighted that, he was possessed by an evil spirit after confessing to killing the two innocent boys at Abessim.

Richard Appiah also confessed that, he began killing black dogs after which he ate only their heads. The fridge storage killer later highlighted that, killing of black dogs became old-fashioned to him and that was when he began to kill humans and store their vital organs.

Richard Appiah states that, his involvement in killing human beings become a habit which unexpectedly led to killing the two innocent boys at Abessim.

Richard Appiah also took the privilege to reveal an unexpected secret about the Abessim murder case as he highlighted that, he killed and buried some of the vital organs of his victims in a water closet and finally flush them.

“I killed them and buried some of the parts in a water closet and flush it. The pathologist did his job and I cannot challenge what he is saying. I flushed them”, Fridge storage killer emphatically revealed.

Surprisingly, the fridge storage killer, Richard Appiah who is currently in prison has done the unexpected considering the demands he’s made whilst on remand.

According to the fridge storage killer, he prefers only fried rice and chicken to any food whilst on remand.

Even though most people have come out to claim that, the fridge storage killer has psychological issues, others believe that, Richard Appiah is trying to behave as if he is mentally unstable hence freed from police custody.

Do you think that the fridge storage killer, Richard Appiah is mentally unstable considering his recent confession and demands whilst on remand?