He got swallowed by a whale and did not die.

By Dapaah_Gh (self meida writer) | 8 days

We're all aware with the Bible's popular story about a man being swallowed by a whale. Have you heard of another individual who met the same fate as Jonah ?

Everything took place in the nineteenth century. Two tiny whaleboats from the British cruiser the Star of the East were lowered into the frigid waters of the Falkland Islands, 500 kilometers east of Argentina, after witnessing a large sperm whale. When the harpoon hit its mark and the beast plummeted 250 meters before the line went slack again, James Bartley, 21, was on the crew.

The whale suddenly emerged from the water, crushing one of the boats in the process. With the exception of two crew members, everyone was rescued. One of the people that went missing was Bartley. The whalers noticed activity in its guts and cut it open when the whale reappeared and was winched to the ship. 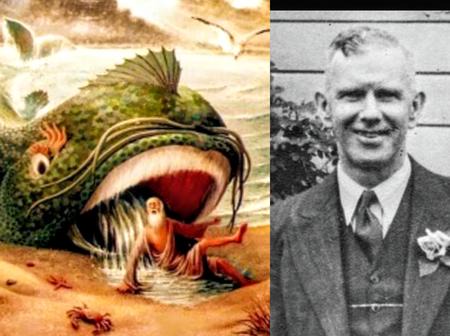 After 15 hours in the belly of a whale, a boot on a trousered leg sprang out, and there was James Bartley...still alive. His skin had been permanently bleached a deathly white, he had lost his hair, and his digestive secretions had rendered him nearly blind. He was stunned for two weeks before realizing he'd fallen into the whale's mouth, feeling the gigantic teeth grind over him as he sunk down into its throat, then stomach.

Some argue that this could never happen because a man could never survive in a whale's stomach because the stomach's chemicals, such as acid, would quickly kill him if he was swallowed.