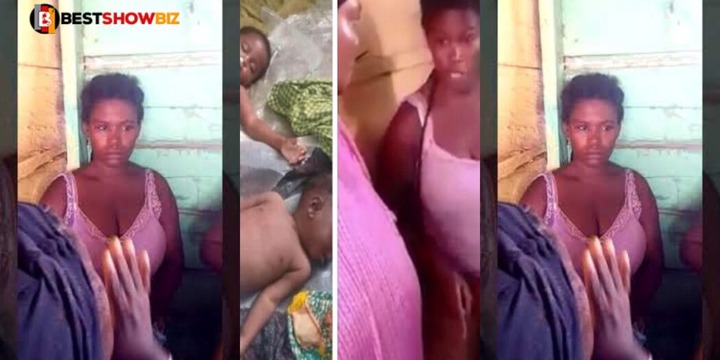 On Thursday afternoon, residents of Tema New Town were shocked to learn that a young woman had poisoned her two small children.

The children were allegedly murdered by the mother, who allegedly used rat poison obtained from a store.

After being given the concoction, the two children, ages two and one, died quietly in their sleep.

A neighbor who only identified himself as Eric told Adom News that the lady confessed after she did the heinous act.

The lady hurried out of the room after killing the children to tell us what she had done,” he later observed.

Her actions did not surprise Eric, according to him, because she had previously claimed that she intended to poison the children because they were a burden.

He stated, "She always informed us about intentions to poison the kids, but we didn't take it seriously because she's mentally stable."

According to Eric, if it hadn't been for the involvement of the police, residents of Tema New Town would have lynched the young woman.

Meanwhile, the bodies of the deceased have been placed in the morgue, and the suspect has been apprehended by police.