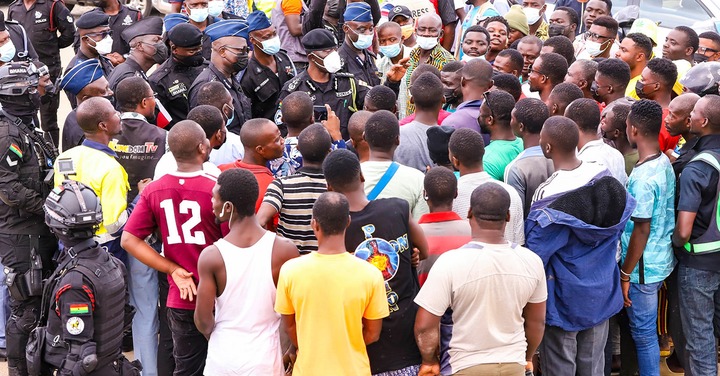 Children need special attention from their parents. It is mostly the case that some parents refuse to have a close eye on their children and leave them to roam about. As tender as they may be, they are prone to all sorts of danger and that could affect them negatively. The worst case is that some of these children die under bizarre circumstances and it turns out to be the negligence of the parent or the guardian.

A similar case has been reported at Alajo in the Greater Accra Region recently when two children whose ages are three years each were found dead in a Mercedes Benz parked at a mechanic shop. The children were playing around but after a few minutes, they were nowhere to be found. Unfortunately, the kids were later spotted dead in one of the vehicles that had been parked at the mechanic Shop. 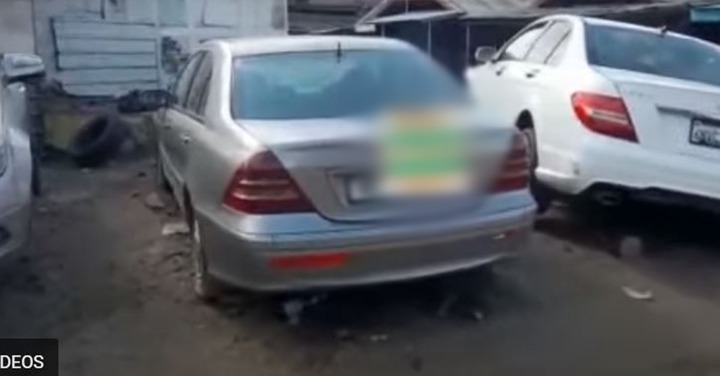 After getting into the vehicle, they could not come out and that landed them in their sudden deaths. The Ghana Police Service has released an official statement about the case and indicated that investigations have already begun. Soon after that, the police deployed some officers at the scene to ensure that the place is examined to know the real cause of the deaths.

The crime Scene Expert team of the Ghana Police Service has presented their report and an autopsy has been conducted on the bodies of the toddlers. The latest information from the office of the COP George Akuffo Dampare Police administration is that the cause of the death of the kids whose names have been given as Frank Dzramedo and Verita is still being probed. 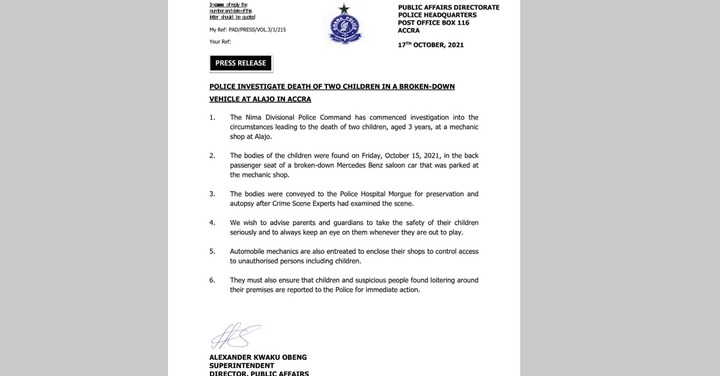 Currently, the police are not suspecting any foul play in the deaths of the children and have asked the public and family to remain calm. This is sad news that can happen to any parent. It will be difficult for any parent to accept such news of the sudden demise of toddlers who were being raised to become responsible adults.

However, this should serve as a lesson to all parents to ensure that their young age children are keenly monitored wherever they go. If they were costly monitoring these two kids, they would have been saved. We trust the Dampare led police command to ensure thorough investigations are conducted to establish the real cause of the death of the kids.