By ElixSin (self media writer) | 7 months ago 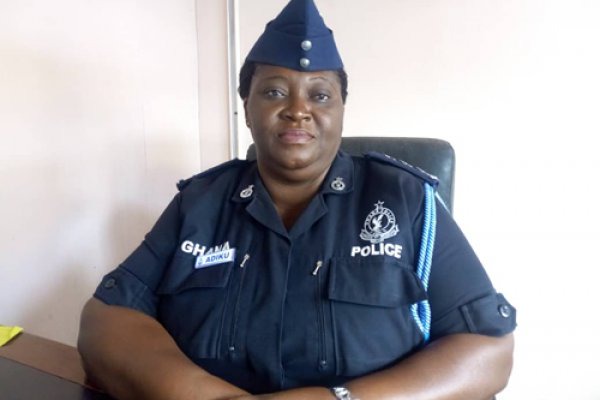 The Western Regional Criminal Investigation Department (RCID) together with officers from SWAT Accra Region have arrest a suspect who is a gang member of robbers who murdered a 61year at Takoradi Amanful.

According to report from The Western Regional P.R.O, DSP Olivia Ewurabena Adiku, The criminals were closed in by the police at Elimina, along Cape Coast- Takoradi road.

She also revealed that in an attempt to arrest the suspects, they engaged police in a gun shootout, she also stated that a 30year old suspect identified as shankiki was gunned down while the other two escaped on one other motorbike. Other motorbike with the registration number M-20 GW 6060 with the last zero covered with a sticker was recovered from the scene.

She revealed that the police located the hideout of the suspects and after a search conducted, they found one live and spent Ak47 ammunition, a live tortoise and a talisman were recovered. A 25year old suspect identified as Inusah Fuseini who was met at the hideout was arrested for interrogation. Body of deceased suspected robber is being conveyed to police hospital morgue for preservation and autopsy.

She also said that, the police is putting in their maximum effort to arrest those on the run for interrogation.

On Monday April 12, 2021 a 61 year old, Charles Kwakye with his wife were assaulted by robbers when they were visiting their families at Anaji Westline in Takoradi. Mr Charles Kwakye was shot and was eventually confirmed dead.

The couple who came from Switzerland to visit families they have seen in a long time were attacked at Amanful in the Western Region by the robbers after withdrawing money from the bank.

Content created and supplied by: ElixSin (via Opera News )