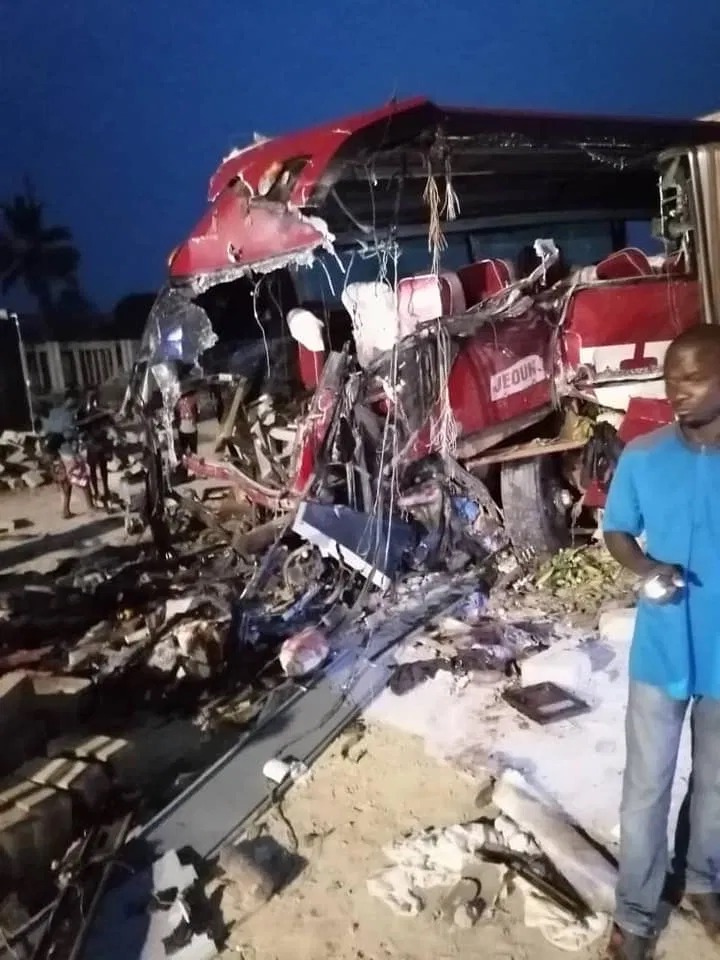 The conductor on the Accra-bound KIA Granbird bus belonging to the VIP JEOUN Company that collided head-on with another bus en route to Kumasi at Akyem Asafo in the Eastern region last dawn has shared a chilling account of how he was miraculously exempted from death in the carnage.

Speaking in an interview after the crash, the mate who had worked several years with his master (now dead), said he was for the first time instructed to stand at the rear door while the driver asked his own son, to join him at the cockpit; both the driver and his son died in the crash.

"He told me to go and stand at the back door, and asked his own son, who is also a mate on the bus to join him at the front; that was the first time that he had asked me to go back so i went and spread a mat on the floor and slept; i only woke up to realise that our bus had been involved in an accident and both my master and his son had perished", he told Peace FM in an interview.

Mr. Katah, the driver of the VIP bus and his son, Katah Junior both died when their bus crashed with another, Friday dawn. 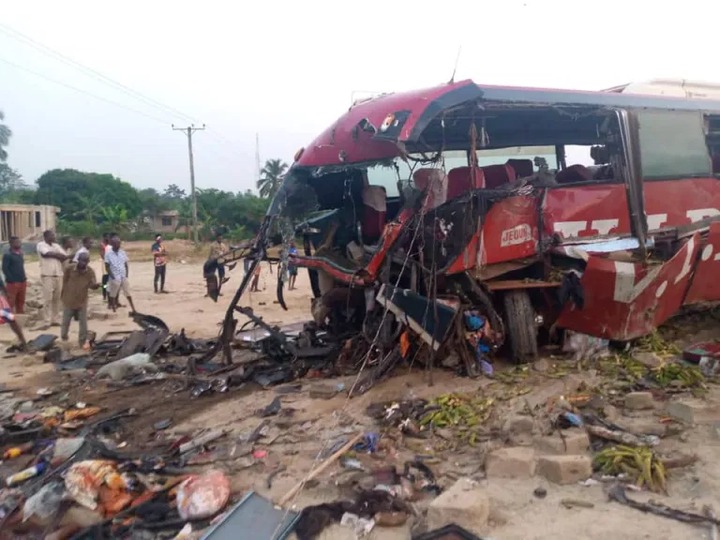 Two KIA Granbird cross-country buses, one belonging to the VIP JEOUN company and another with no inscription early this morning collided head-on in an accident at Akyem Asafo in the Eastern region.

The Suhum District Police Commander, Chief Inspector Bernard Atta Asare, who confirmed the incident, said one the driver of the Kumasi-bound bus made an overtaking and could not reach his own lane in time, resulting in the clash with the VIP bus which had also veered of its lane in order to save the situation.

The passengers, consisting of 13 males and three females, reportedly died on the spot; others who sustained various degrees of injuries were rushed to the Suhum Government Hospital and Akim Asafo Health Centre for medical attention. 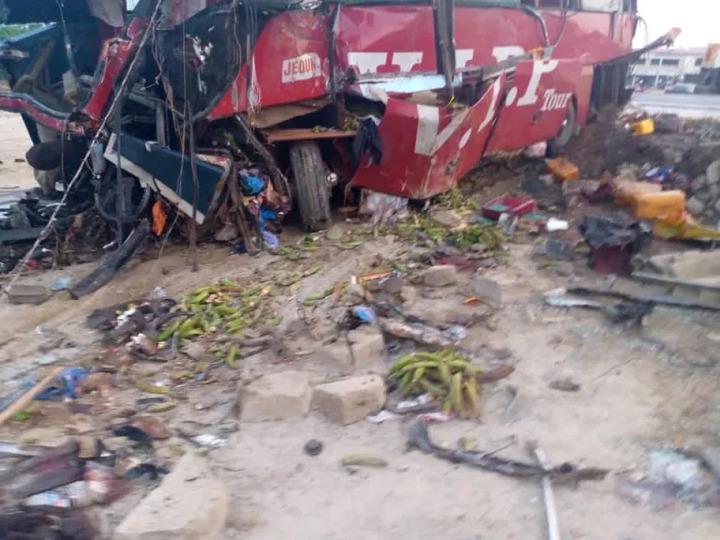 Eyewitnesses say some of the injuries were so severe that, some heads were severed while others' brains gushed out.

The bodies of the deceased have since been deposited at the Suhum Government Hospital mortuary for preservation, identification and autopsy.

"My Blood Pressure Goes Up When I Think About Them" – Party Big Wig Declares.