Agogo Chief Place A Ban On Lavish Funerals. What Do You Make Of This, Is It Good Call?

By AccraBlogger (self media writer) | 11 months ago

Many years ago, funerals were as basic as ABC, but in today's society, it appears that it has become a race to see whose family had the most money to spend. To appease society, many people borrow large sums of money to arrange a simple funeral and then spend years repaying their loans. The Muslim community is not included in this group since they live a humble life and perform simple burials for their deceased relatives.

The chief of the Agogo village has taken the unprecedented step of imposing a permanent ban on lavish burial rites, which he believes has put undue strain on his society. It was decided at a meeting chaired by Nana Kwame Akuoko Sarpong, Omanhene of the Agogo traditional area, that the new trend of one week observation, which in recent years has compelled families to spend a lot of money even before the actual funeral rite, should now be a family affair between 6 am and 10 am.

In addition to the restriction, special clothing and T-shirts are not permitted in his region because all of this contributes to the family's debt. Widowhood rites, as well as the usage of beers, pricey food preparation, and soft beverages to offer mourners, are now prohibited at Agogo.

In my opinion, the chief and council of Agogo made the right decision in banning superfluous funeral performances because they bring no major benefit other than debt. It would be even better if white weddings were outlawed throughout the country. 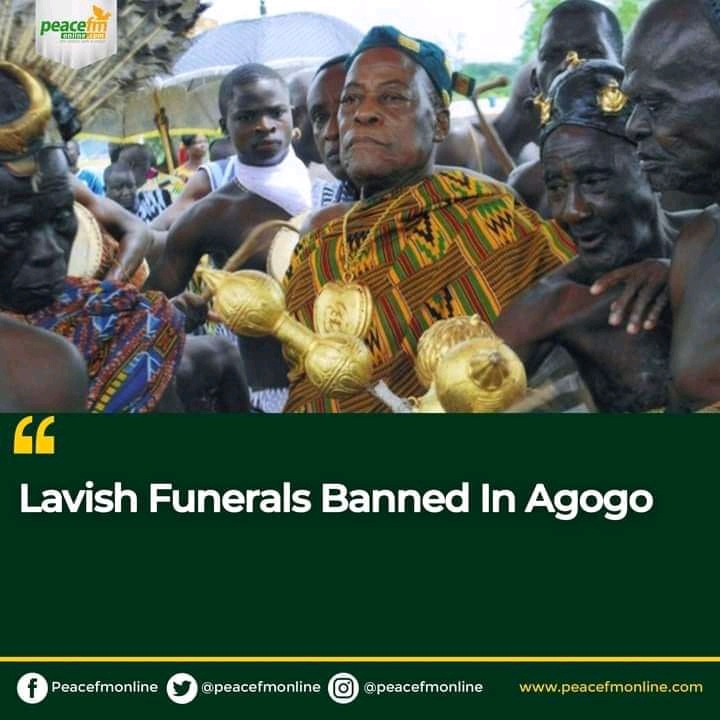