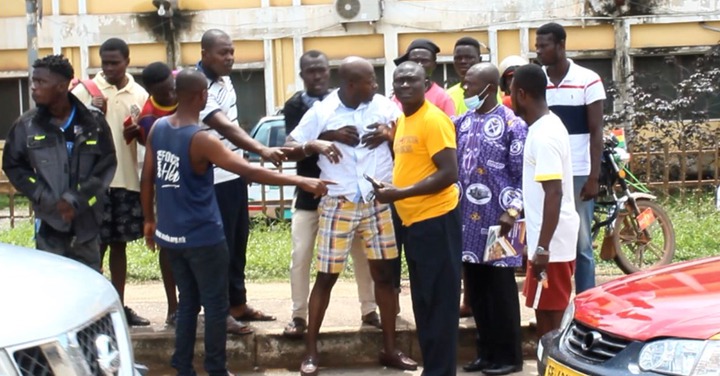 Police officers are law enforcers and as such, they are supposed to live by the same laws they are enforcing. They are mostly seen on the road ensuring that every driver has all the needed lawful documents to drive on the road. It is strange to come across a police officer breaking the same laws.

A middle-aged man believed to be a police officer has run into trouble in the Sekondi Takoradi metropolis. Dressed in a short and blacktop, the man was driving his unregistered Honda Civic vehicle when he knocked down two pedestrians on the main Essikadu to Takoradi road. Bystanders who were around quickly moved to the scene to rescue the two persons who were knocked down. The two persons who were hit by the vehicle were quickly rushed to the Essikadu government hospital for medical attention. The driver of the vehicle believed to be a police officer sped off after knocking down the pedestrians, but some taxi drivers who saw him got annoyed and gave him a hot chase. They rounded him up to his vehicle at Sekondi and started questioning him on why he decided to run away after knocking down innocent persons.

The sad aspect of the issue is that the young man who was not in a police uniform was drunk whilst driving. His appearance and posture after the crowd brought him out of the vehicle show that he was unable to control himself due to a seeming excessive intake of alcohol. Videos taken from the scene by BeaNana reveal that the alleged police officer was assisted before being able to walk. Some police officers quickly came to the scene to rescue their colleague. They could be seen helping him to the white police vehicle. 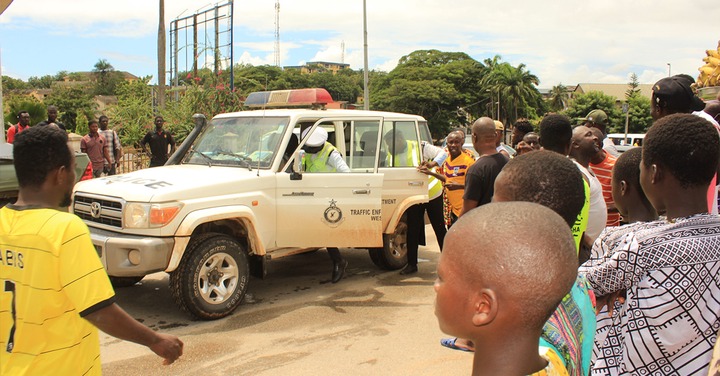 People who gathered around could be heard speaking with surprise on how a police officer would showcase such behavior. Some of them who know the man confirmed that he was a police officer even though he was not in his official uniform. Even though he was having a private time out of his job, the young man should have known that people know his status and that was enough caution for him to have comported himself. 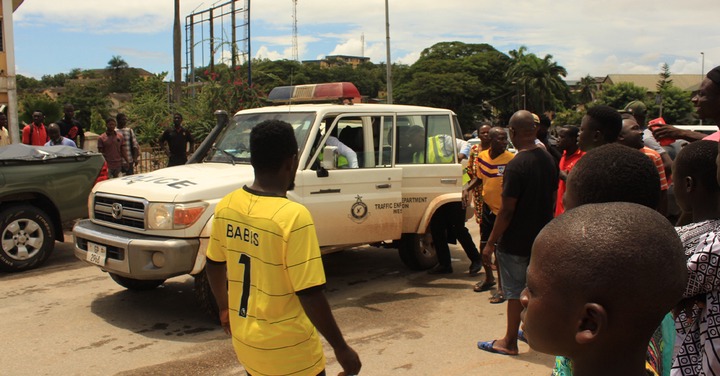 This is an embarrassing moment for the officer who is supposed to know the law. He is supposed to know that it is wrong to drink and drive and any driver who engages in that can cause road accidents. It is also against the laws of the country to drink and drive. It is unknown if he has been placed under arrest but the two persons are currently responding to treatment. watch the full video here