E/R: Mother Arrested For Dumping Her Newly Born Baby At The Refuse Site.

By AccraBlogger (self meida writer) | 9 days

Many people are trying everything they can to get a baby of their own, but to no success. As a result of childlessness, many marriages have fallen apart, and many women have been derided as barren in society. Meanwhile, there are those who have been given the gift of life but do not appreciate it. Today's news featured a tale of a mother who gave birth and discarded her kid at a landfill. Details are provided below.

According to information received by Accrablogger's front desk from Ghana's Eastern region, a woman identified as sister Kakra wrapped her baby in a blue rubber bag and placed it in a basin before heading to the waste site and abandoning it to its fate. An anonymous person went to the dump site and witnessed the rubber bag moving, according to Kwadwo Dickson of Angel FM. Curiosity led the person to inquire about the contents of the bag, which turned out to be a newborn baby.

The savior sounded the alarm and alerted a large crowd to the scene. Because the neighborhood where the tragic tragedy occurred was small, they were able to track down the mother within a few hours. She admitted that she was the perpetrator of the heinous crime. The youngster was taken to an Asamankese hospital, where medical attention was given to ensure that the child did not die as a result of its ordeal.

Sister Kakra, as the mother is known, was arrested by district police but later allowed bail due to her health worries as a new mother; however, the good news is that the kid was not delivered to her for breastfeeding. 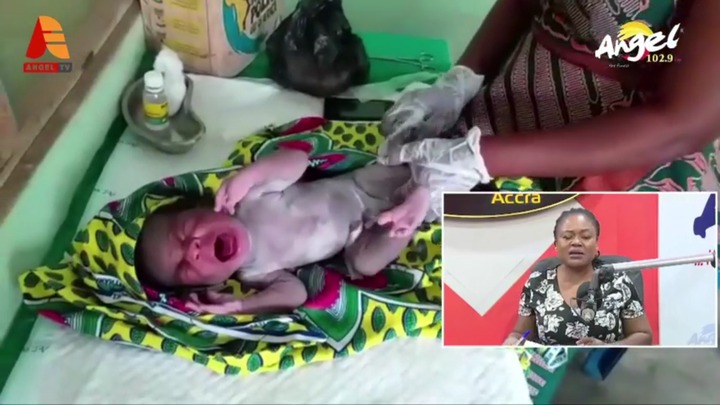