Chief butchers in-law for impregnating his daughter, threatens to kill his daughter. (video)

By Akumwee (self meida writer) | 25 days 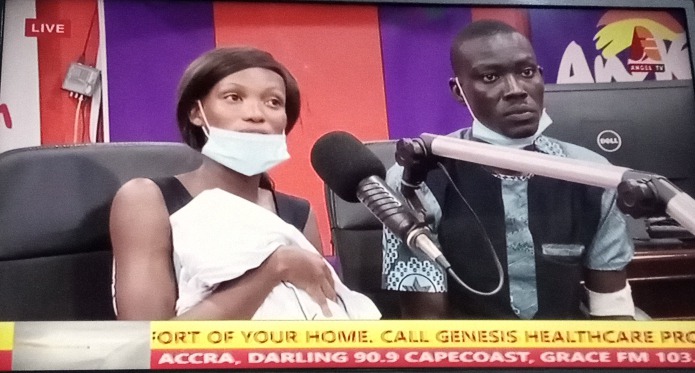 A Man called Kwasi Akwa today narrated his story to the news team of Angel tv. He appeared on the evening news show which is hosted by Kofi Adoma and other journalist who are co-host.

He indicated that the father of the lady, demanded that he should arrange for the engagement as well as the other traditional requirement. At the time he informed the father in-law that he does not have enough money to do all these so he should give him time.

Upon the delivery of the child the father in-law now came to demand for an amount payed to a family of a female who a man impregnate without engagement to the family.

The inlaw claimed that the father in-law is a heading a notorious group known as land guard who he later sent to butcher him but he was lucky to have survive the attack.

He went on to claim that, before the this attack, the father in-law on previous day sent an assassins to take his life but fortunately enough, his girlfriend over heard the conversation and quickly alerted him of the danger which made him bolted. Watch the video via this link.

Content created and supplied by: Akumwee (via Opera News )