By TC_Oceans (self media writer) | 1 month ago

Today, a beautiful lady has decided to use her blessing or "curse" (as one social media user prefer to describe her assets) to torment guys online. 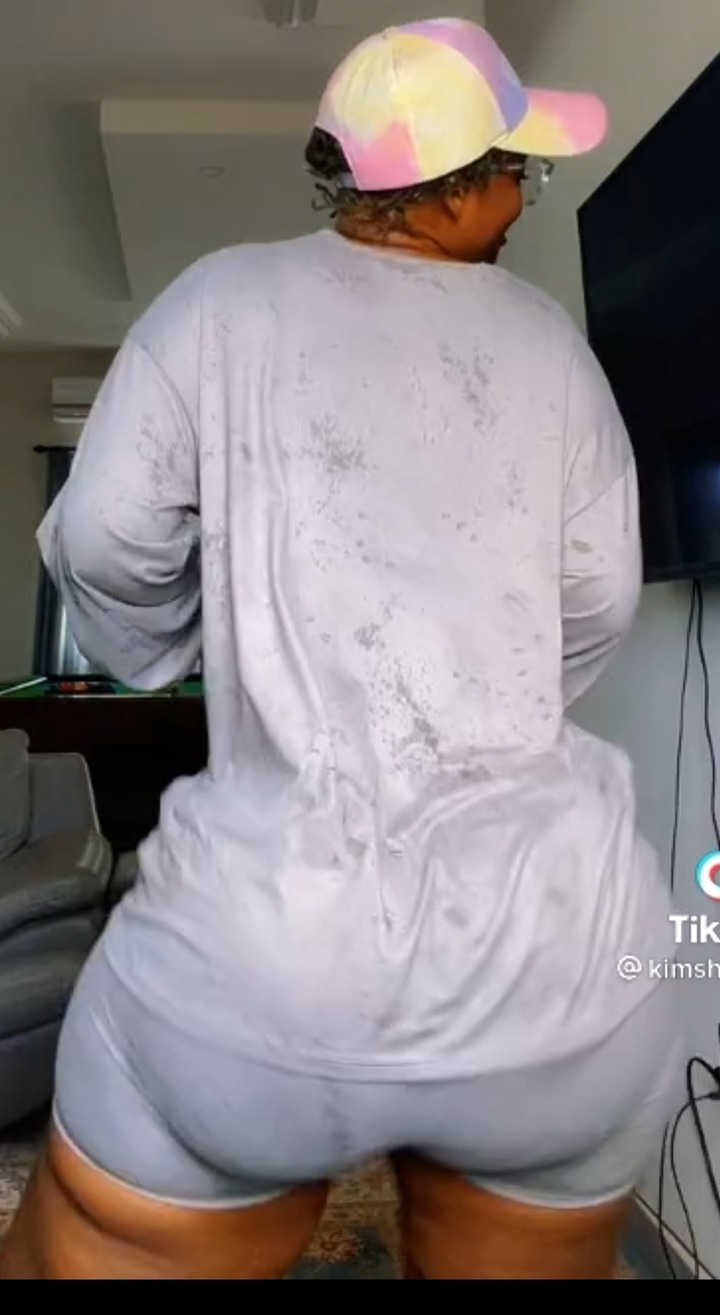 The said lady is seen in a video flawlessly displaying her dancing skills with great control of her blessings or "curse"; from the view point of a user named @tweneboahstephen0 who obviously was overwhelmed with what his eyes were beholding, and had this to say: "ei in fact, I'm even dumbfounded. Hahaha you are cursed with form. In fact X (is) a must for me to say you are blessed by all standards." 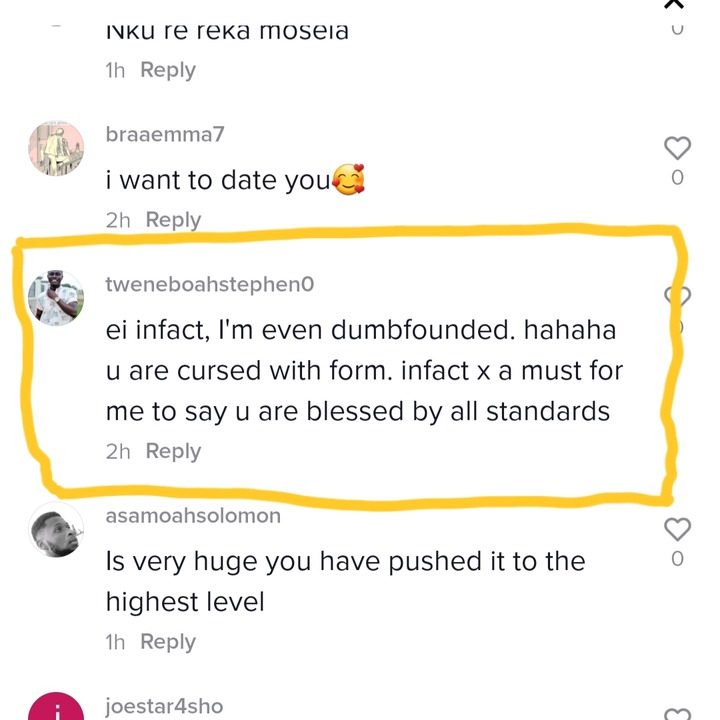 From the comments section of the video, it was obvious to see that a lot of other guys were either impressed, astonished and or dazzled by the lady's great dancing prowess (surely so, taking into consideration the dexterity with which she moved her 'back assets' to the rhythm of the music)

I believe if the "Ngozi" hit singer Michael Dwamena of blessed memory were to comment, he would say '"I like the way you move your body to rhythm on the floor... Aww Ngozi" 🙂

Due to the the sheer size of her butts, another user referred to it as a 'convoy'. This is exactly what @khobbywise had to say: "I want to be the Rider of this Convoy". This I believe is his way of expressing how much interest he had in her. 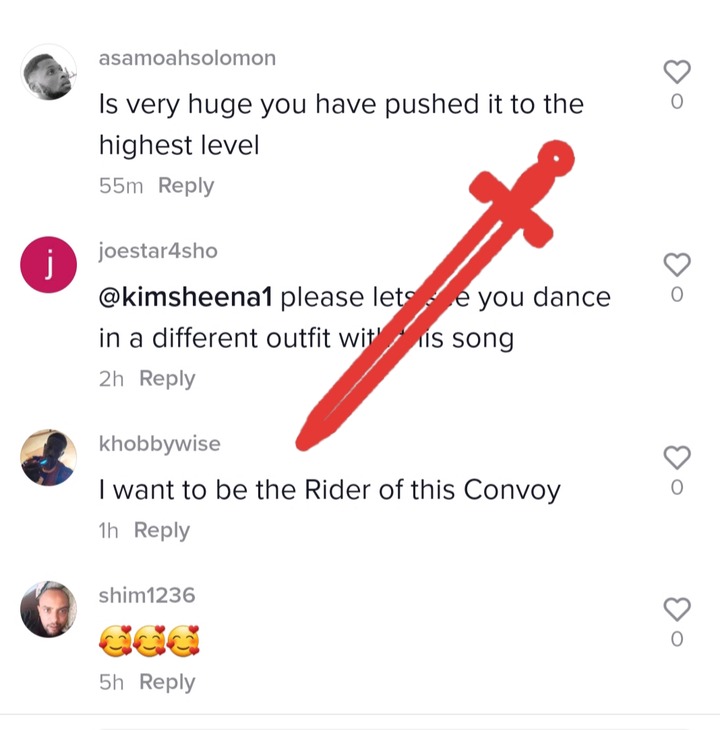 Now, the one comment which really got to me and had me laughing out loud was a comment which had a bit of varied things in it. It contained humor, a prayer (of sort?), despair, confusion and what have you. The particular comment was also beautifully put together using English and Twi language woven together nicely to clearly carry across the message of how the user @waxy_billion truly felt while watching the video. 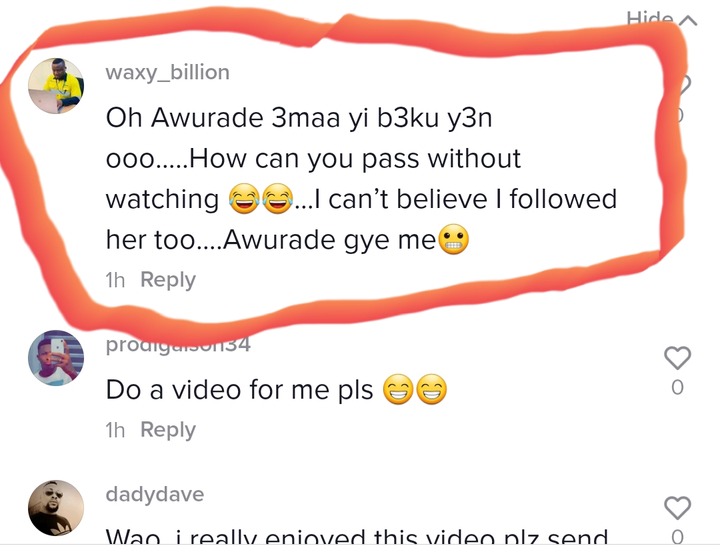 This is a picture of the beautiful @kimsheena1 below 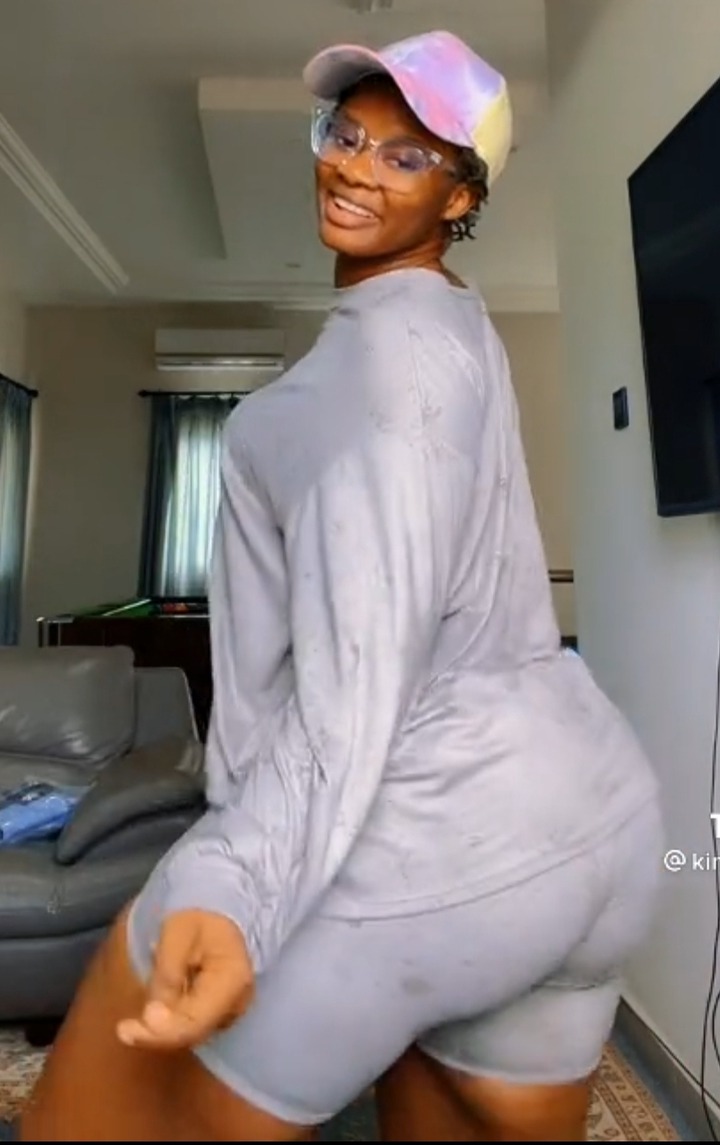 Others also requested she does the dance again in different outfits for them. Come what may, one thing is for certain; the video will be viral sooner than later.

@Kimsheena1 the social media name of the dancing damsel is mostly likely going to have her DM buzzing for days!

Watch the video of her and comment your views

As expected (or not) some of the guys decided to poke jokes at others' comments. One user made a comment using a plural pronoun "we" and got a joke (I believe) poked at him. @nanamvp2 asked; "can we see it in different dress and color...?" and got the typical 'boys boys' rhetoric "you and who?" reply from @fopapa. 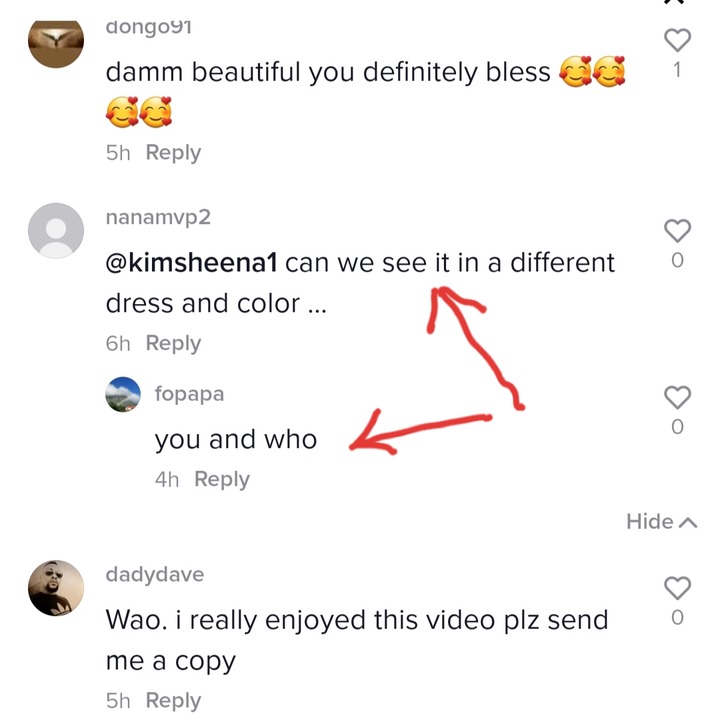 There were other interesting comments too ranging from those asking to know the weight of the ass, names like "madam Endowment" being bestowed on her, as well as the exclaimed "[email protected]" and an outright expression of interest to date her by some viewers of the video.

See some of the various comments below: 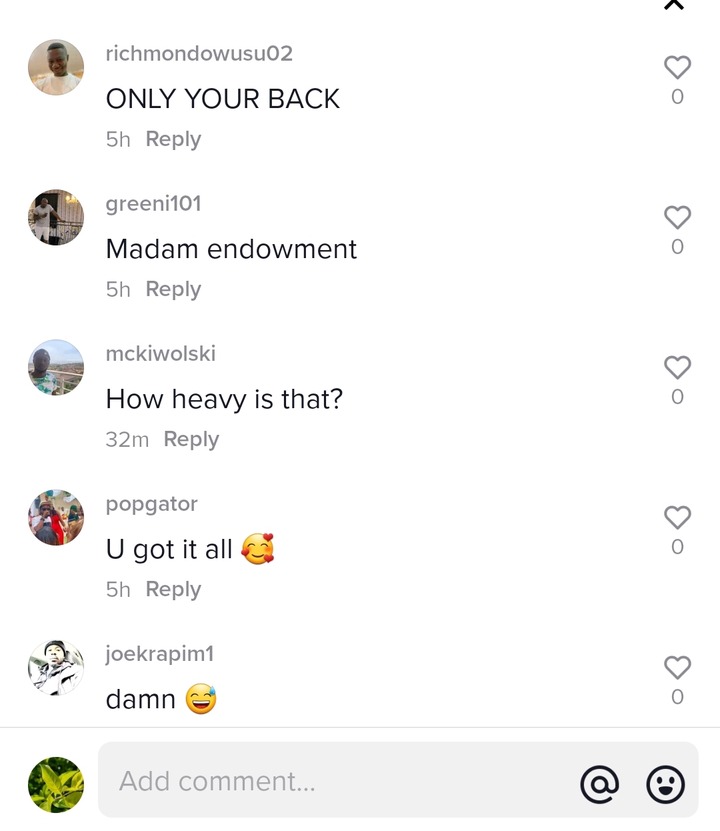 Title and brief history of the song she danced to

Interestingly, the song she is dancing to is an old song by a group known as One Phamily titled 'Benedicta' (of course😅). The song was released at least 8 years ago. It was first released as a slow tempo song and wasn't really doing great during promotion.

One DJ later decided to play the song with a little high tempo rhythm and people started to like that version and began requesting for it. When this happened, One Phamily did the right thing by going back to the studio to record a more professional high tempo version which instantly became a hit (Maybe due to the dance loving nature of most Ghanaians.)

There is currently very little to no information about the whereabouts of the music group. There is a (poor quality) music video of the song on YouTube posted about 8 years ago.

Perhaps, if the group One Phamily is still out there, I think they can take advantage of the current trend of the song on social media especially tiktok and launch a comeback (of a sort) by reshooting a new video and who knows what good could come out of it for them. Taking into account the story of Shatta Wale.

﻿Watch:This is the video of her dancing

Content created and supplied by: TC_Oceans (via Opera News )