A woman by the name of Abena has been beaten mercilessly by her hospital and even fell into a coma as a result of that. Abena lives with her husband, Yaw Tibembem in Denkyira Mmrayem in Dunkwa. Her mother came from their hometown, Twifo Ayaase also in the central region for a funeral with her younger sister. On reaching the town, her mother and sister visited her and she decided to prepare a meal for them when they return from the funeral. 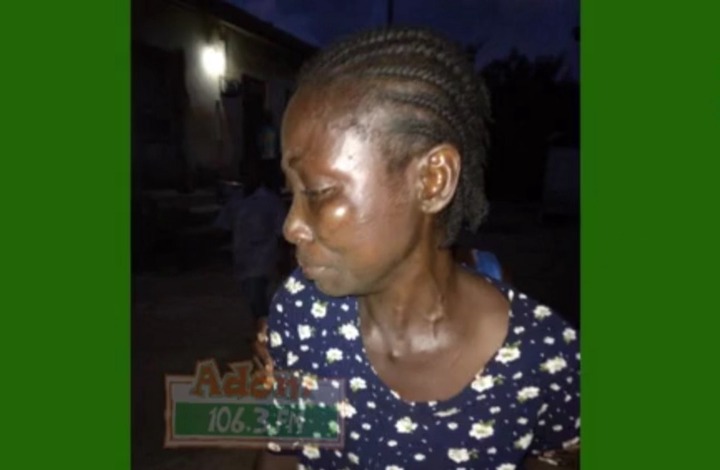 On returning from the funeral, Abena served her mother and sister as well as her husband. Yaw Tibembem on seeing the fish on his mother-in-law's food he got angry that his wife had given all the fish to her mother, and called her wife a sheep. Abena also got angry and replied to him that his mother can come and stay with them for a month and she takes care of her, but her mother is just visiting them one time and he is complaining about giving her lots of fish.

She said she gave her mother just four pieces of fish (Amane). The man then got angry and took firewood nearby and hit his wife. Abena's mother tried to intervene and he beat her and the younger sister also. He kept hitting the wife till she fell into Coma. Yaw then entered his room upon realizing what had happened. Abena was taken to the hospital where she recovered but has sustained lots of injuries.

Abena's brother Anthony Obeng said that they were very much angry when they heard the news. He said that since this is a marital issue, they want to take their time to settle the issue. They have reported the case to the police and will take it further to DOVVSU. He vowed to bring Yaw to justice for what he has done to his family.