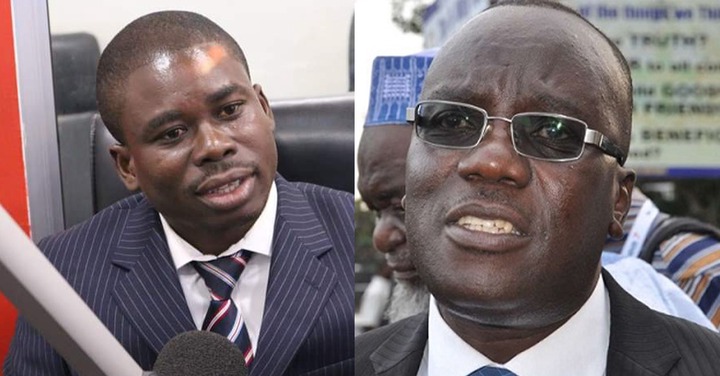 Charles Owusu, an aide to the late former General Secretary of the New Patriotic Party, Mr. Kwadwo Owusu Afriyie, has indicated that he is ready to go to jail for his former boss. According to him, Ghanaians have suddenly forgotten the legacies of Sir John and are rather condemning the crowd that attended his funeral.

He says some Ghanaians have reported the organizers of the funeral to the Police but have forgotten that there have been several funerals in Ghana since the Coronavirus outbreak. Charles Owusu indicates that they were summoned to the Police station in the Ashanti Region to answer why the coronavirus protocols were breached during the funeral. He says the police have taken their statements and released them on GHC 30,000 bail. Mr. Charles Owusu indicates that Sir John was not an ordinary person and the crowd at his funeral was expected.

“I’m very worried and I’m not sure I will ever forget what is happening. There have been several funerals in Ghana but nobody has spoken about them. But that of Sir John has become an issue. They have reported us for the police to arrest us. But I’m telling you today that if I should go to jail because of Sir John, I’m ready”. He indicated in an interview with Philip Osei Bonsu on the Ekosiisen program.

He expressed his willingness to make himself available for investigations. He is worried that instead of allowing Sir John to have a peaceful rest, Ghanaians are busily discussing the negative part of his funeral ceremony. Mr. Charles Owusu added that what is currently happening to the late sir John is a lesson.

“What is happening in this country is sad. We are all human beings and could have been corrected than to call for our arrest. That is uncalled for. They have given us a caution statement and 30, 000 bail. I will not run away from this country I’m ready to meet them at any time for investigation. I’m ready to go to jail for Sir John. What worries me is that we should have allowed Sir John to rest in peace. By now, we should be discussing the legacies of Sir John and not the crowd that attended his funeral. I wish he could come back to life and see how people are treating him. But it’s a lesson to all of us”. He noted

Sad News To Ghana: Policemen who were killed by armed robbers in robbery attacks