By Newsfolder (self media writer) | 6 months ago

A soldier has been arrested by the Akwa Ibom State Police for the suspected murder of a businessman in the state's Ikot Abasi Local Government Area.

According to reports, after the businessman gave him a ride on Sunday, May 23, the army officer allegedly killed him and took his car. 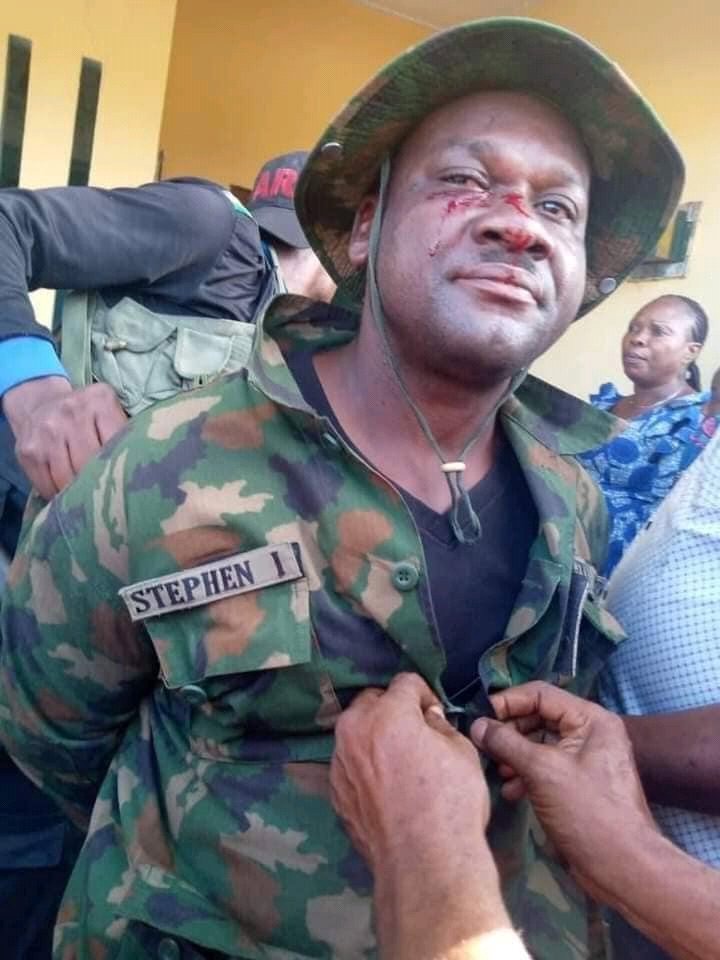 According to a source from Ikot Abasi LGA, the alleged officer was tracked down and arrested at Ukanafun LGA on Tuesday, May 25, and his car, which included a rifle, was recovered.

"On Sunday, a business man offered a serving army officer a ride in his car, unaware that he was about to kill him; in the bride, the army officer attacked and killed him, then dumped his body by the side of the road," the source said.

"When the police's attention was drawn to the scene, they swooped in and retrieved the body, which they then deposited at the mortuary for preservation."

"On Monday, the family of the deceased sought assistance from the police in Ikot Abasi. Since the car had a tracking system, it assisted the police in tracking it down.

"The car was tracked to Ukanafun LGA, where they surrounded the area and arrested the armed officer, recovering the vehicle as well as an AK-47 rifle from him,” the source added.

The incident was confirmed by the command's spokesperson, Odiko Macdon, who added that the police are still trying to ascertain the identity of the person involved.

"The case is still being investigated; we are attempting to obtain a report and ascertain the identity of the individual involved,” he said. 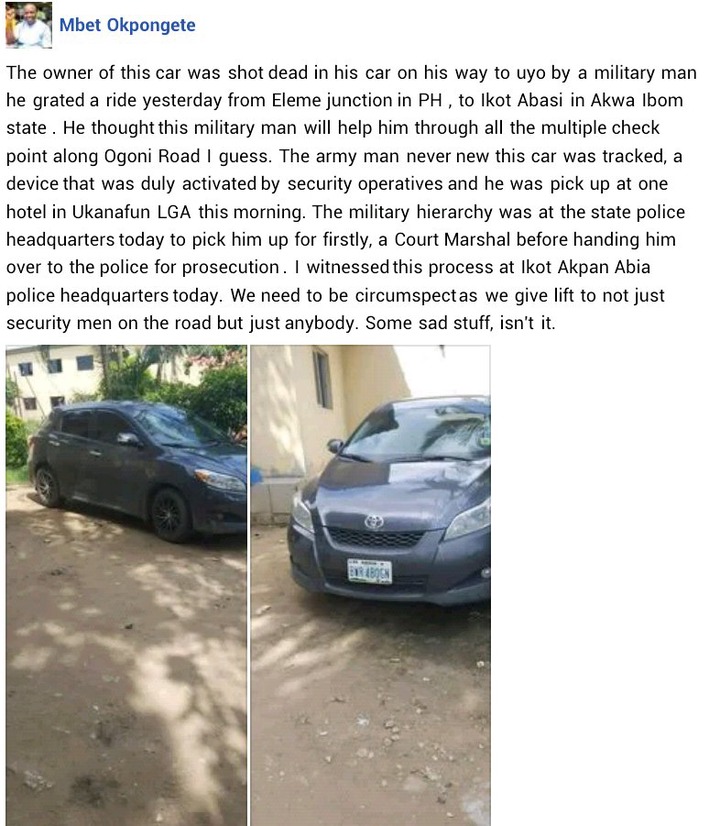