By CyraxPen (self meida writer) | 21 days

The story of Muh, an Indonesian man who "divorced" his wife two days after their wedding when he discovered she was a man, went viral. 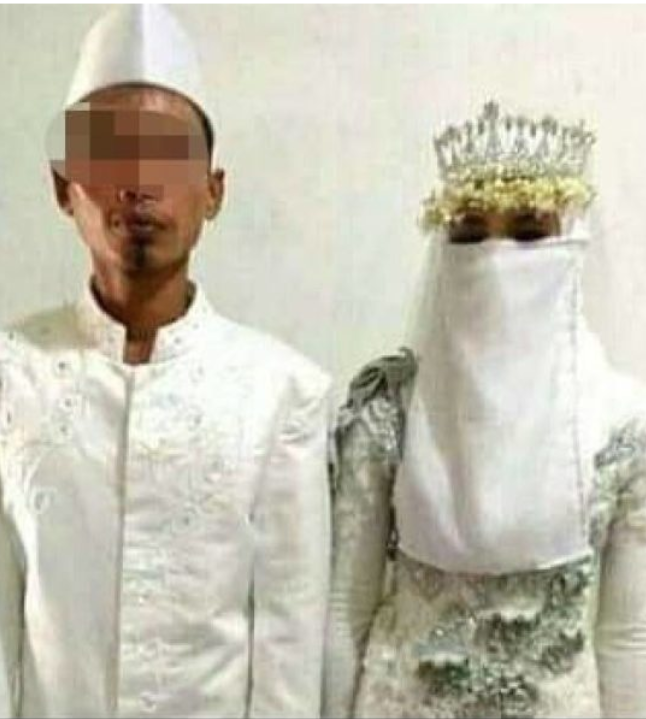 According to reports, Muh met his wife Mita on Facebook about a month ago and the two started dating.

Muh fell in love with Mita, whom he described as "beautiful and elegant," after they met in real life and went out for coffee.

He proposed to her after weeks of dating, and she agreed right away.

The 31-year-old then revealed his intentions to marry Mita to his family. As is traditional, his parents paid a visit to Mita's home to hand over the dowry. His family gave a substantial dowry of 20 million rupiah ($1,430).

On June 2nd, the couple married at the Kediri District Office of Religious Affairs in Central Java, Indonesia.

Despite the fact that the 25-year-face old's was mostly hidden on her wedding day, no one felt she looked odd, as this is customary for brides. Religious leaders from all over the area attended their wedding, and none of them had any reservations about the bride's gender.

When Muh wanted to consummate their marriage on their wedding night and was turned down by his bride, he had no idea what was going on.

When the same thing happened on his next attempt, however, his suspicions began to grow.

After the third night went by with no “action,” Muh began looking into his wife's whereabouts, and was surprised to discover that Mita was a man.

Mita's deceit had been uncovered by her new husband, but she had already left when Muh returned home to confront her.

Enraged, Muh told his family the truth and divorced his "wife" right away.

He also told the police about Mita's deceit and accused her of being a fake, feeling misled by the person he thought was his soul mate.

The 25-year-old, who turned out to be a man named Adi, was soon apprehended by police. It's unclear whether he'll face charges or what kind of penalty he'll get.

Muh and Mita's marriage set a new record in Indonesia's West Lombok region for the shortest marriage ever.