It is now becoming a common thing in Takoradi as everybody can just wake up and say he or she has been kidnapped. It is not actually clear what is causing some residents in the Region to fake kidnapping and what they have been gaining out of it. Some years back three young girls were kidnapped by some unknown men which became an issue of concern after the general public got to hear the news. But it looks like others are using that as a yardstick to conive with people to fake it. 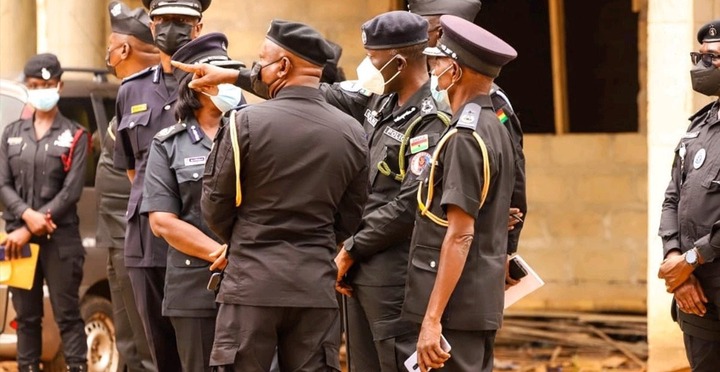 It was not long ago that Josephine Mensah who is also from Takoradi faked his pregnancy and deceived Ghanaians that he has been kidnapped. The issue spread the whole country and beyond which later landed her in the hands of the police and the court of law.

Just this Friday on the 22nd of October 2021, 29 years old lady called Joana Krah connived with her two friends and called her adopted father that she has been kidnapped. The callers then demanded 5,000 cedis as a ransome before she will be released. The man was very smart and decided to report the case to the police. The security officers thereby begun a thorough search for her and upon realising that the father has reported the case to the police and they are searching for her, she quickly surrendered herself to the police. She told the police she intentionally decided to do that to her adopted father so that she will get that amount of money.

She then led the police to arrest the two accomplices, Susan Awortwe and Francis Eshun. They were arrested because they feigned her kidnapping and they will help in investigations. I don't understand the reason why people call for trouble for themselves for nothing. Why should you just wake up and arrange something that will cause problems for yourself. 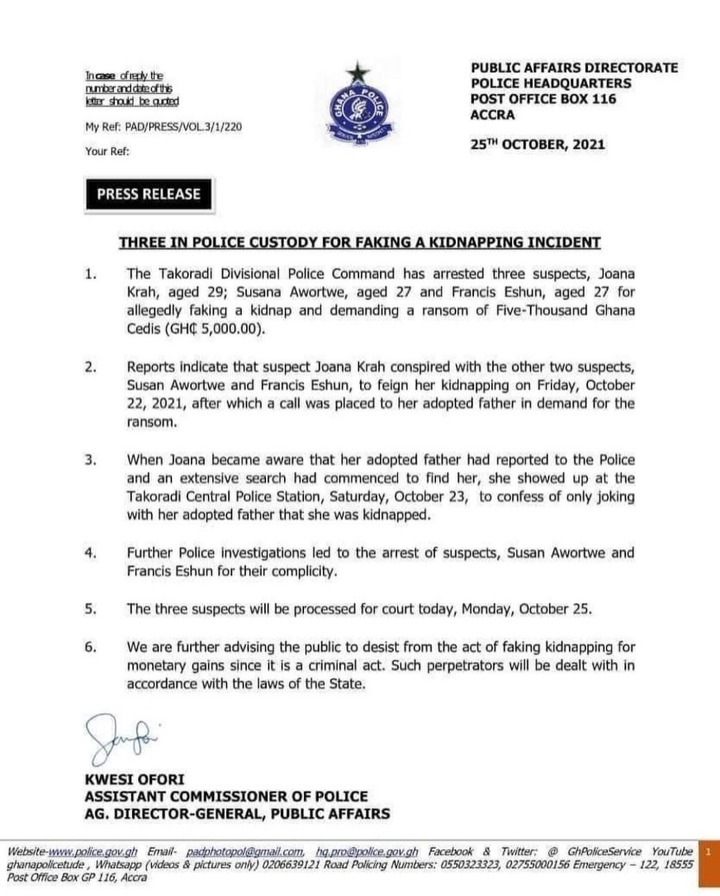