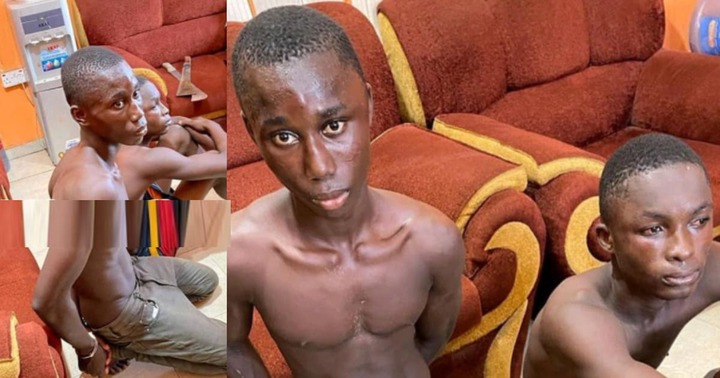 Two people, an 16-year-old and a 17-year-old are detained by the Kasoa Divisional Police Command for allegedly killing a 10-year-old boy for ritual money in Lamptey Mills, a suburb of Kasoa in Ghana . According to sources, the suspects lured the deceased, known only as Ishmael to his peers, into an unfinished building and hit him with an object, instantly killing him. 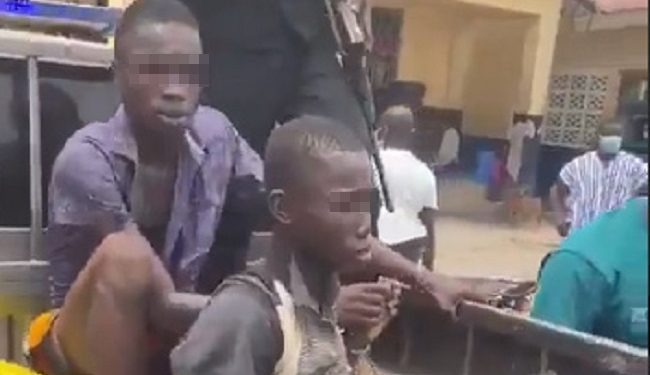 The police have apprehended them and arrested them. Currently further actions are yet to be taken concerning the issue but as things stand the two of them have been arrested.

In videos currently circulating on social media, the boys are seen handcuffed in the back of a police van as officers prevent them from being lynched by a mob. The bloodstained body of the deceased was also thrown in the back of the van,

The boy's mother, Hajia Maame, told Citi News she was shocked by the news of her son's passing.

Meanwhile, the Kasoa Divisional Police Command has so far not formally commented on the incident or the arrests.

Following their arrest, suspects Felix Nyarko, 16, Nicholas Kini, 17, confirmed that they had indeed killed the young boy. One of the suspects said he left the boy in the care of his colleague to return and find he had hit him with a club.  The boy added that his friend dug a hole to bury the boy, telling him that some people would come and take him and give them money.

Content created and supplied by: SamuelAmoako517 (via Opera News )

Between Patricia Amoah, Pamela Watera And Joyce Addo, Who Is More Endowed With Boobs? See Pictures

Ghanaians arrested in Dubai for exporting weed; one jailed for 10 years

AKuapem polo has been sent to Nsawam