7 Industrious and great Ghanaian women of our time

By MelloTalks (self media writer) | 1 month ago 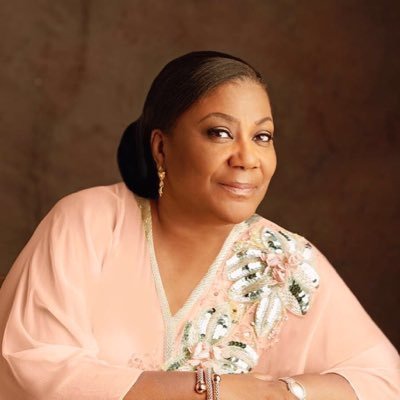 Mrs. Rebecca Akufo-Addo, The First Lady of the Republic of Ghana is undoubtedly one of the major women playing significant roles in the development of the country. The health sector and education in particular. The first lady, under the patronage her foundation, The Rebecca foundation; Has secured a 41 bed Paediatric Intensive Care for The Korle Teaching Hospital. Also presented six ambulances for some hospitals and provides scholarships to needy students and other students whom want to further their education.

Babara Mahama is the wife of the Late Major Maxwell Mahama who's sad event threw the whole nation into dismay and a great shock, when he was brutally murdered by residents of Denkyira-Obuasi in line of duty at the central Region. Leaving behind two kids, the tragedy took ghanaians by a big blow and one will often wonder the trauma The wife will be going through. 3 years down the line, Barbara Mahama has appeared in new photos stronger than ever with his two kids looking very healthy and happy. This proves the strength of a mother and how they sacrifice everything for the betterment of their kids and future neglecting any challenges. She is an inspiration to women especially widows and single mothers.

Talking of Women Empowerment and Women Bosses in Ghana, Charlotte Osei cannot be omitted in the list. She is an embodiment of empowerment and an inspiration to girl children across Ghana and Africa as a whole. Also a Lawyer, she made history as the first female Electoral Commission Chairperson in Ghana. As this has inspired many more girls across the country to aim higher and to see no limits in their dreams and what they can achieve. She is currently a UN International Elections Commissioner as she works on elections concerning other international countries. Mrs. Charlotte Osei is worth to be celebrated as a great mother to combine motherhood and a Successful career to inspire others.

Shirley Frimpong-Manso is one of Ghana's prominent personalities in the Movie Industry. She is a writer, a producer and a film director. She is also the CEO of Sparrow production, a television film and advertising company. Shirley has seen many success in her career as a movie producer and other sectors since her establishment. She has taken the Ghana movie production to a whole new level, telling African stories in unique ways which has seen her win awards like the Best Director at the 6th African Movie Academy. She has given opportunity to many young women in the film industry and is an inspiration to many.

She is one of the most prominent and influential media personalities and broadcast journalists in Ghana. Nana Aba has being a sensation on the Ghanaian TV screen and inspired many people, both male and female. She has helped people realized and also achieve their dreams through her strong influence, kind heart and personality. Nevertheless, Nana Aba has influenced many critical and decisive moments in Ghana concerning education, elections and setting of Agendas in every day Ghana. Her controversial career which saw her dismissal at TV3 that didn't go down well for many of her fans later landed her at GH One Tv. She is now the current Acting General Manager of the station. She is a mother of one and is evident that, both family and career wise, she is doing great.

Madam Elsie Addo Awadzi is one of the most successful women thriving in the banking Sector. She is the Deputy Governor of the bank of Ghana and also a Ghanaian international and financial lawyer. She was appointed Deputy Governor of the Bank of Ghana in February 2018, the second female to hold that position. Also, Madam Elsie was awarded with the Ghana Women of Excellence Award for her contribution to the economic development of Ghana. It was also in recognition to her role in shaping Public Financial Management and Fiscal Responsibility in International Monetary Fund(IMF) countries. She is recognised for her significant role in empowering women and leading them to financial freedom.

Talking of women empowerment and prominent Ghanaian women, one name can never be left out of the list, that is Oheneyere Gifty Anti. The broadcast journalists is one of Ghana's media pioneers who appeared on TV screens from the beginning of Ghana broadcasting till date. She is the host of stand point, a TV programs which discuss issues affecting women in Ghana. Her influence has helped shaped alot of lives of women, helped them realise their dreams. She is a woman of virtue, and she is an inspiration to many young girls and women out there as many look up to her. She is a mother, and she cherishes motherhood so much as she keeps glowing in her new found field as a mother. The love of a mother is undeniably an unquenchable burning sensation which sees to the growth of a family.

Content created and supplied by: MelloTalks (via Opera News )