Many Ghanaians were taken aback after a video purporting to show some individuals operating a "chop bar" and pounding fufu on a pedestrian lane was circulating online. The location of the incident is said to be on the new Pokuase interchange. Whilst it appeared funny to some people, others took exception and heavily criticized the individuals involved in the act. It is quite surprising why people would even think of operating a chop bar in such a location. 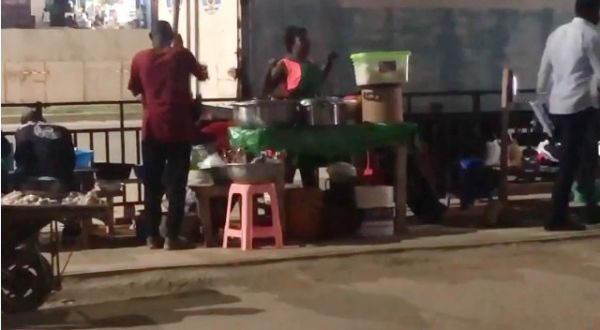 The police subsequently arrested the individuals involved and have granted them bail. They were also made to sign a bond to be of good behavior.

The National Deputy Communications Officer of the National Democratic Congress, Mr. Kwaku Boahen gave his opinion on the matter this morning during a panel discussion on UTV's morning show, "Adekye Nsroma".

Mr. Kwaku Boahen has reiterated that he has never seen anyone operating a "chop bar" on an interchange since he was born. He indicated that he was not too surprised because it is all happening as a result of hardships imposed on the ordinary Ghanaian by President Nana Addo Dankwa Akuffo-Addo. He further indicated that the government has failed to make the environment an enabling one and so people are not finding jobs to do and that is why people can go to the extent of operating a "chop bar" on or under an interchange. 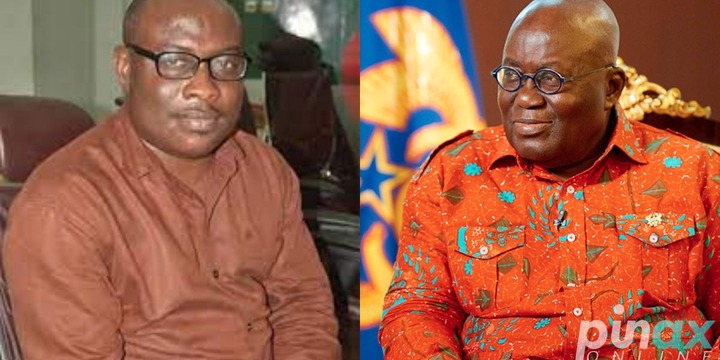 "Since you (the host) grew up, have you seen anybody pounding fufu on an interchange before if not only under this Akuffo-Addo government? It is bad governance that is making all this happen. It is not creating an enabling environment for the people to explore. If there was any discipline under this government, people would not even dare engage in such an act on an interchange but because they know the laws do not work in this country that is why they did it. Maybe the new IGP would enforce some discipline in the system but we are yet to see. Akuffo-Addo has destroyed all institutions in the country and there is indiscipline everywhere. The whole government, from the Presidency to the bottom is indisciplined. Institutions that are supposed to be checking some of these things are all not working

Some Were Crushed By Falling Debris, Others Died Of Suffocation-Eye Witness To Galamsey Accident