By Ccobbina (self media writer) | 25 days ago 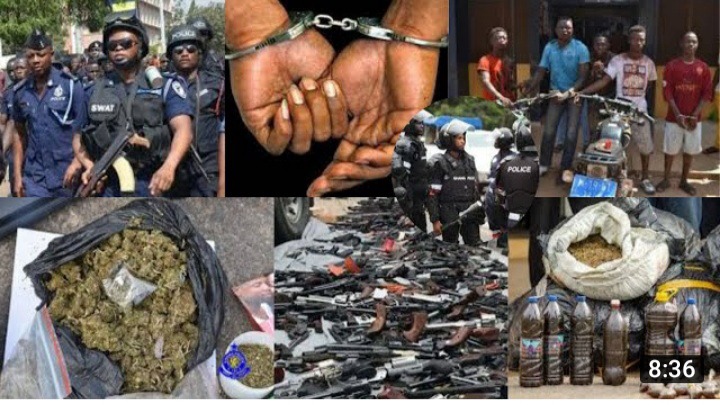 The Eastern Region Police and the Asuom Police has been able to arrest nine (9) criminals. These criminals were engaging in drugs business, they have put the Indian hemp in a sack which does not looks like weed. They also rapped the weed into more than 1000 pieces which they sell to people, three boxes of tramadol, the criminals has also mix the marijuana with alcohol at hideout and also possess firearms.

According to the District Command of Eastern Region PRO Ebenezer Tetteh, the Asuom district police which was led by Stephen Abanga early this went on operation to places suspected to be the hideout of criminals and they found ten bags dried leaves suspected to be Indian hemp, 3 boxes of tramadol and 2 gallons of Alcohol mixed with Marijuana, 1049 rappers of weed and nine suspects including a female were also arrested and they are all in the police custody at the Asuom police. 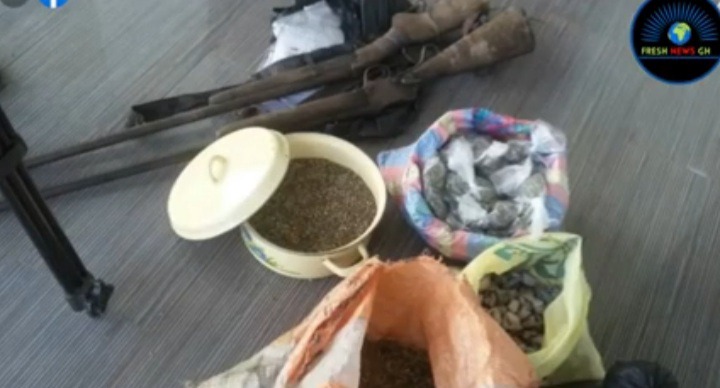 They will be screened and will be taken to court for the court to deal with them. He also said that this is a warning to people who are at hideout and engaging in other criminal activities in Eastern Regions. The police will be going on operation again at other criminal dense and hidouts, those who will be arrested will definitely face the law.