By Angela_Mensah (self media writer) | 9 months ago

Twenty-six years man known as Prince Adu worked for a wholesale company in Oti that sold phone cards. He was an agent of the company and had a small office. His small shop ws located in a good area where many phone card vendors came every morning to buy their stock of cards for the day.

Prince Adu made a lot of money from his work. Within a relatively short time, he had three girlfriends. Two of his girlfriends had completed university.

On March 16, 2021, he became unnecessary abusive to his superiors due to some misunderstanding. On March 18, 2021, he was sacked from the job. Reality now set in. Prince Adu had already pregnated all his three girlfriends. But the fact is, none of his girlfriend knows each other. Because he had no real savings, he used to beg a woman who sells waakye in the neighbourhood for food.

1. Napkins, which was priced at thirty cedis.

2. Traveling bag, which was priced at one hundred and twenty cedis.

3. A pack of soap, priced at eighty cedis.

4. Set of jewelry, which amounted to one hundred cedis.

5. A sum of two hundred cedis.

2. A pack of soap priced at sixty cedis.

4. Pairs of slippers, priced at one hundred cedis.

5. An amount of three hundred and fifty cedis.

Today, 27 March, 2021, around 1:45pm, the other girlfriend of Prince Adu known as Cynthia called him. But for Cynthia, she only demanded an amount of five hundred cedis from Prince Adu as her delivery month comes.

Prince Adu could not believe what he heard from all his three girlfriends; he became shocked. "How can I get money to pay for their needs in just one week?" He questioned himself. Around, 3:00pm tiday, the twenty-six years man who is called, Prince Adu killed himself over the items his three pregnant girlfriends requested. He drunk a poisoned and died. Investigation is still in the process. I will give you update on this. 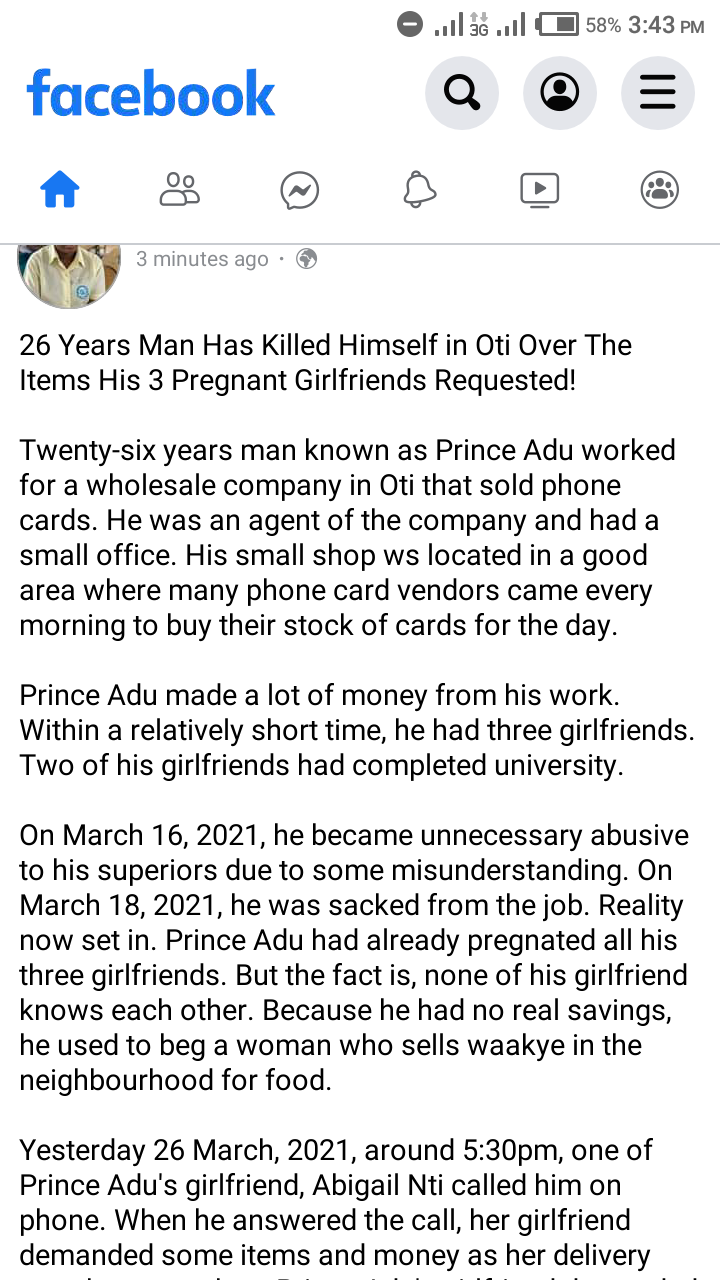 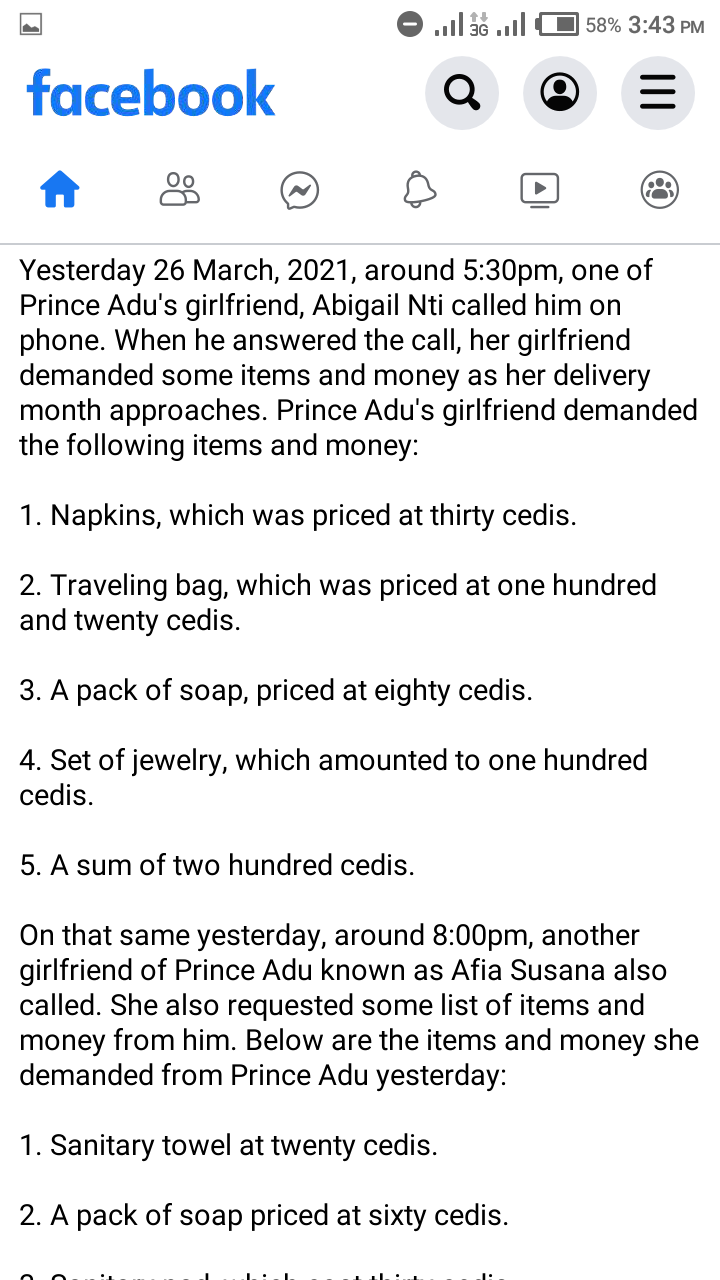 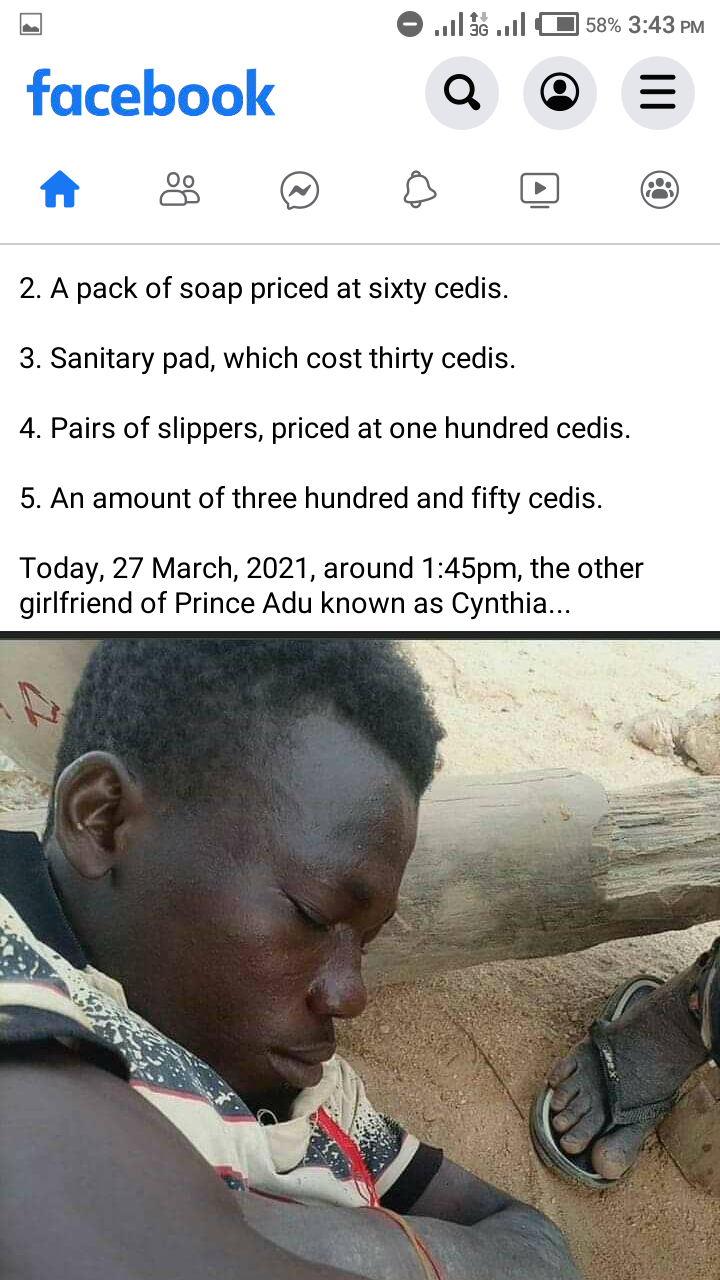 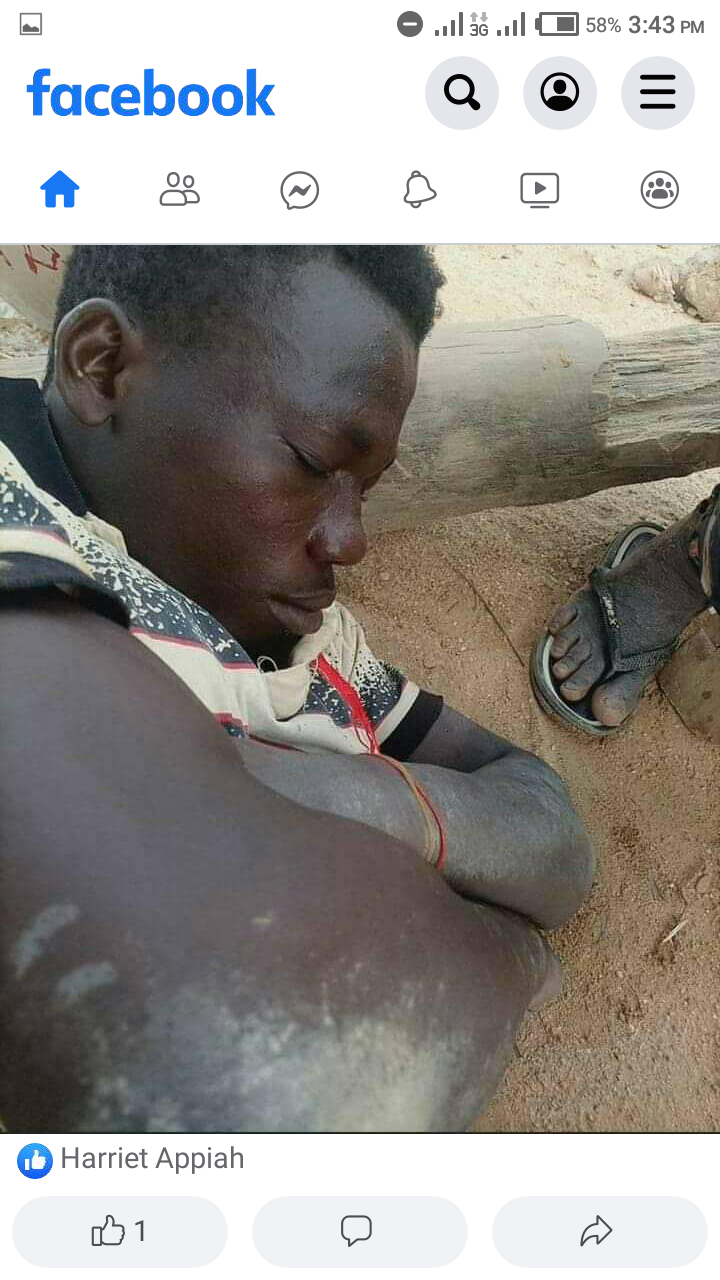 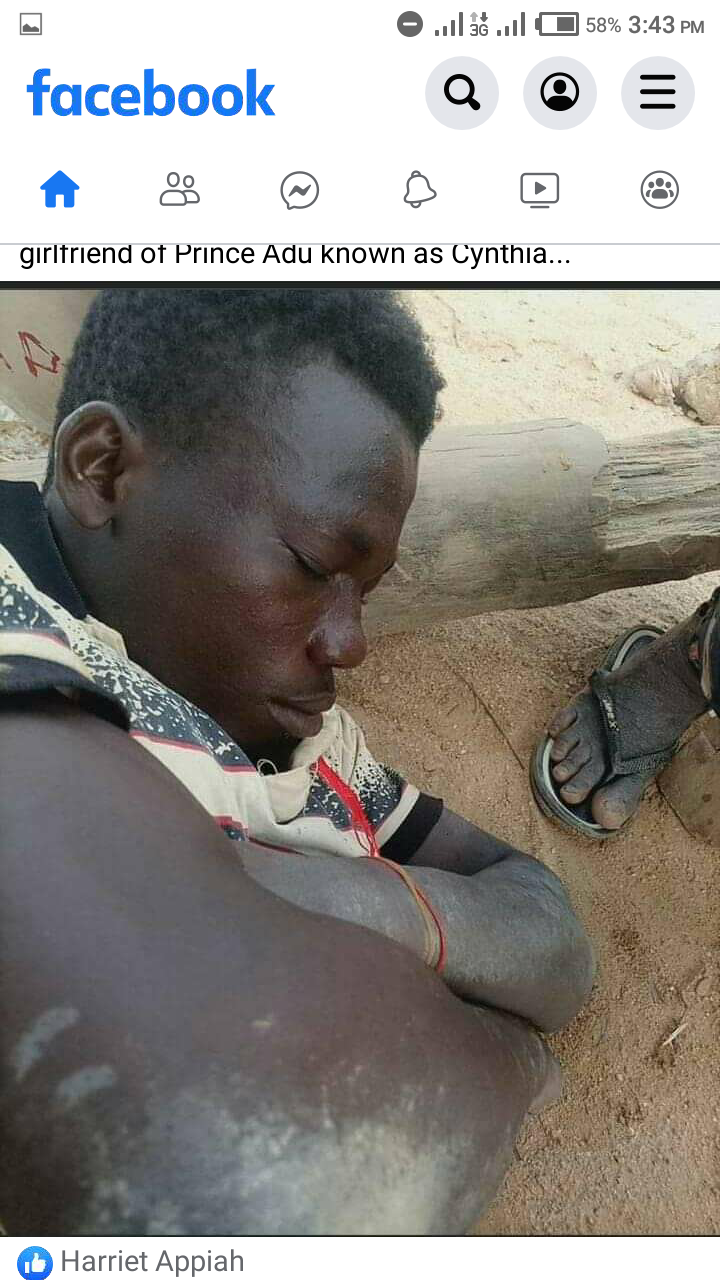 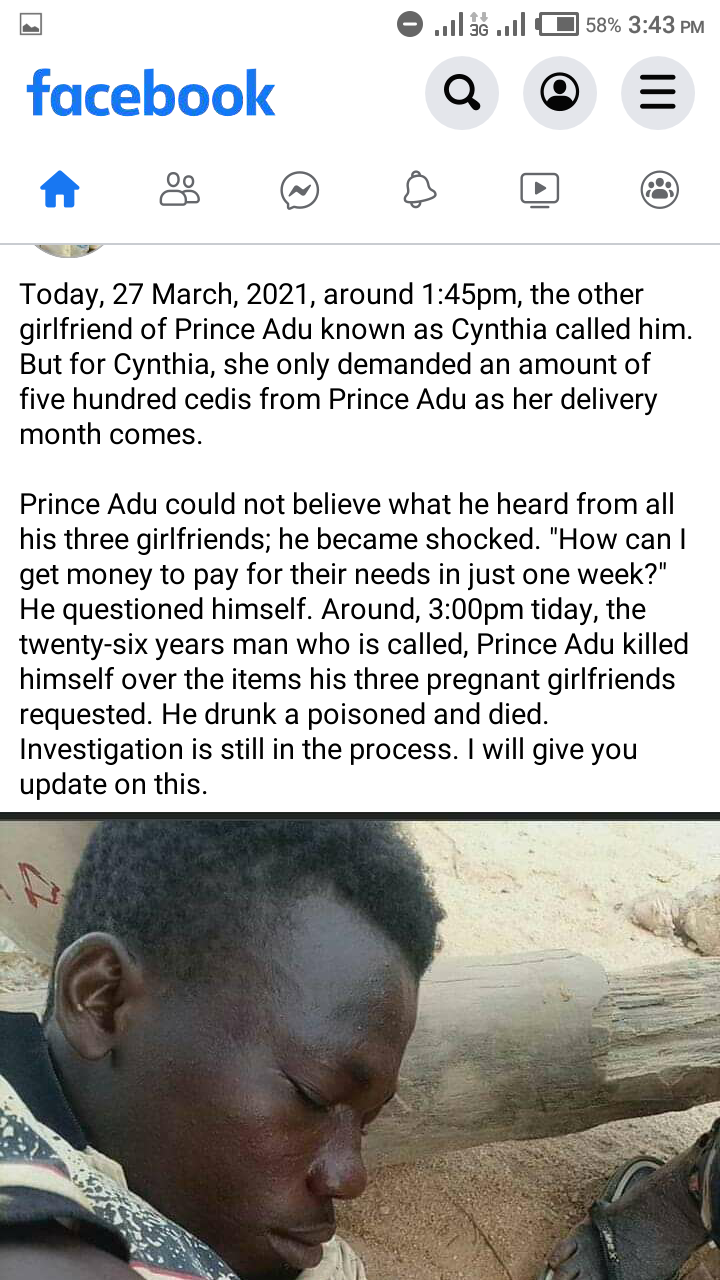