This week has been dominated by the Ejura Enquiry Report. The report has generated so much controversy since its release especially after the family of Kaaka came out to reject the report saying that the report did not carry a truthful reflection of what happened. One thing that came out clear and wasn’t actually part of the commission’s report was to agree unanimously that Kaaka’s death was as a result of a family feud.

Today, Saturday, October 2, 2021, Buaben Asamoa, a Director of Communications of the NPP joined Alfred Ocansey to discuss the Ejura report recommendations. Alfred is best noted for saying before the EC announcement of the 2020 elections that, he could confidently say that the NPP had won 149 seats. This comments drew many critics close to him. 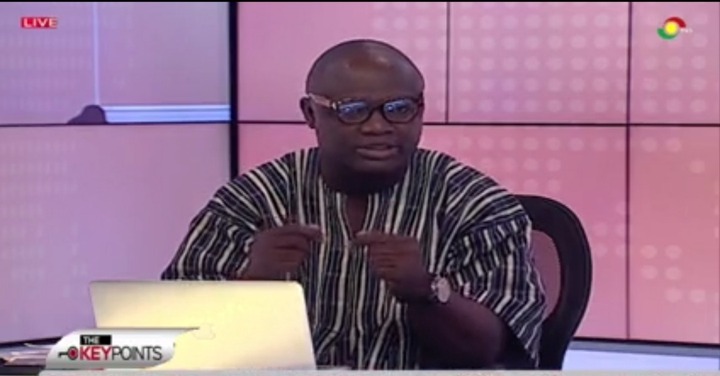 In leading todays, The Keypoints in place of Dzifa Bampoe, Alfred kept on mentioning ‘Ejura killings” in discussing the Ejura report. This use got Buaben Asamoa fuming and insisting that he did not like the use of that word. According to Buaben Asamoa to say killing means that the military went out purposely to shoot people. He insisted that it was rather a case of control management gone wrong. He noted that using the word killing is too harsh and has to be retracted.

Indeed, Buaben might have a point in the sense that killing is premeditated. It is clear that the military were not sent to kill but rather to control the civilian protest ongoing. The control however went wrong as the military fired into the crowd killing 2 people and injuring others. Killing or death, which one is preferable?