Pastor on the run after being caught with a married woman 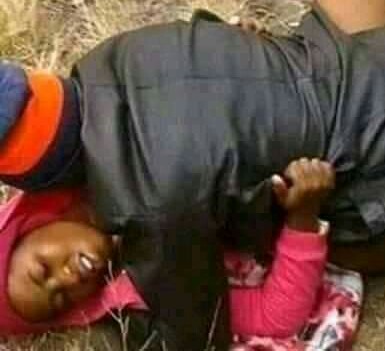 Pastor on the run after being caught with a married woman

The pastor of Christ Missions has taken to his heels after he was caught with a married woman this afternoon. Pastor Obodie known as Area One is a powerful pastor according to his worshippers who worshipped with him throughout his stay in Kubease. Kubease is the most infamous town within the Ashanti region. It is the town that house the tollbooth before one can get to Kumasi when coming from the south, or Accra. Pastor Obodie was a native of the town before he left some thirty years ago. It was around 1991 when he left the town for a different life in Benin when his father came for him. He grew up in Benin and did a most of his schooling there before returning to his country in 2018.

Of all the towns in Ghana, he never got anywhere to settle down apart from his home town Kubease. The pastor with his money he came with from Benin, established a four-bedroom house and named it a mission for his evangelical works. He used a half plot which was in front of the house for a building which he was able to build with a loan he took from credit savings and loans in the town. Within two months the man who was new to the town had over 300 worshippers who were mainly women. His powers were giving people luck, bringing children to barren women, making husbands get works to do and a whole lot of initiatives.

Many argued because he came from Benin, he had something peculiar with him because they never understood where he got all those abnormal powers from, to be performing such miracles. The pastor through his healing and gracious works came along with Philipa who was selling clothes and towels. The pastor prophesied onto Philipa that, she was going to be the mother of the town, and her grace was going to shine in the town. Few months after Philipa met the pastor, her long time friend who was in Canada called her of coming to Ghana and will be willing to take her along.

Gyasi who was a long time friend of Philipa, came to Ghana in 2020 February and did an immediate wedding in that same month. They had planned together before he returned to Ghana. Gyasi has been married to Philipa and has even built a house for her in Kubease but Philipa was still playing along with the pastor as his singling vocalist. Wherever the pastor went, he preferred Philipa who was a married woman to get his microphone and sang his solo songs for him to preach. Many even thought they were doing things, but critics sidelined that thought with the pastor being the one to brought Gyasi to Ghana to marry Philipa, and couldn't do anything to them.

Gyasi had complained about Philipa coming home late, but she always has an excuse for him. Even if she sends her on an errand, Philipa will still come home late with lengthy excuses. Gyasi had stopped complaining after he couldn't persuade her wife to come home early anytime she went out. Philipa told her man she was going for a retreat this morning after she finished cooking her house chores. Gyasi allowed her to go, hoping she was going to serve the Lord. The retreat they were going, landed in Opanin Marks farm, which Pastor Obodie and Philipa were caught making natural prayers together.

Whiles the other members were on the Park praying, the pastor and Philipa were on a mountain in Opanin Mark's farm, which was near the park where the other members of the church were praying. Opanin Mark was on his farm looking for marina leaves to treat his alignment when he heard sounds that were not normal for him. He followed the sound and saw two people on the ground, doing what shouldn't have been done on the farm. Opanin Mark went back to call his son who was plugging the leaves for him, and together they self arrested the pastor and Philipa.

The pastor begged for mercy and promised to make them rich, but Opanin Mark who is in his dying state didn't need money for anything. Before they could shout for help, the pastor had pushed Opanin Mark to the ground and off for his life. Opanin Mark's son followed him but never saw him. Philipa came back to her senses and begged the two for mercy but they brought him back to the town and laid to the people what they have seen. Philipa has been behaving strangely like a woman who was under spiritual charm to be doing what she was caught doing.

Gyasi has not spoken a word after the news of his wife and Pastor Obodie was broke to the town. The chief of the town, Nana Sompa Osiahenkwa III has categorised the deeds of Philipa and the pastor to demonic forces and has cautioned Philipa to bring four sheep so they can purify the place they were both caught making their thing. The pastor has not been found yet. 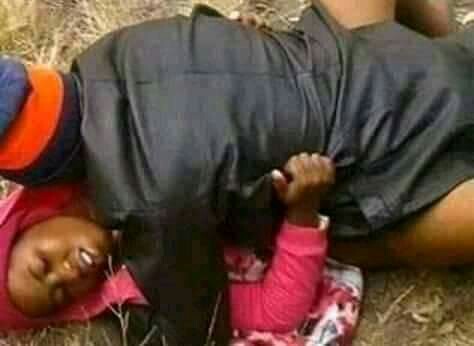 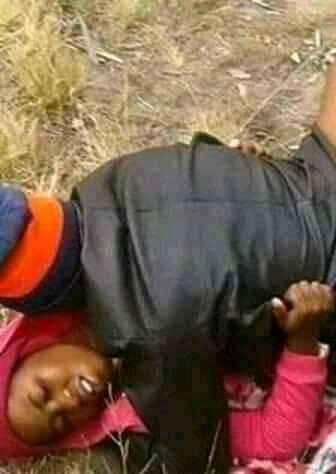 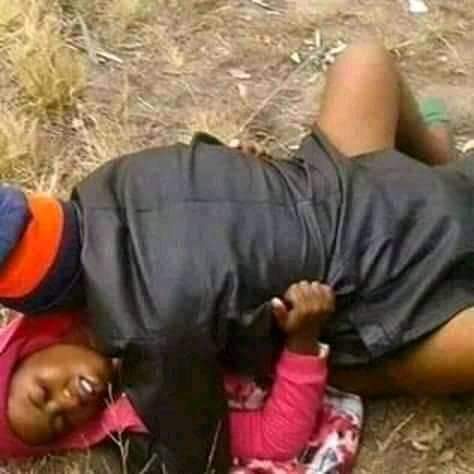