Following the arrest of one of the murderers who got to take the life of an innocent police man some weeks ago, the public has commended the Ghana Police Service for the good work done. Not only are they commending them, they are also encouraging them to work as a unified and a solid group so as to help fight crime in the country. The 28th day of June, 2021 saw the Daily Guide, a renowned newspaper company in the country feature this case on their front page. 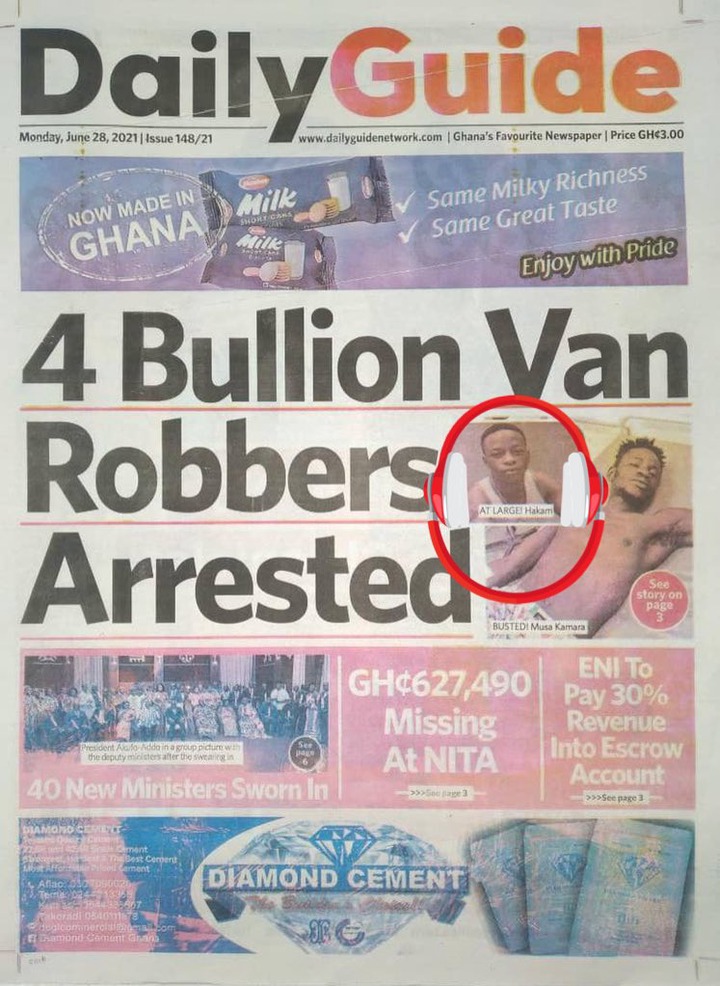 When it hit the country, people just couldn't believe such a young boy would think crime is the only option to get to riches. What at all is wrong with the youth of the country? Looking at his face in the picture above, there is no way your brain is going to tell you he is an old guy. What would make a guy at such a young age think the only way to make it in this life is to pull a gun on his fellow human being, demanding for his belongings and even react to the extent of pulling the trigger when he feels like doing so?

Now, to the main reason behind this piece. There is a certain guy whose reaction towards this issue is quite different and also teaches us many lessons in life. He claims he knew the suspect way back Mamobi and looking at the status he had carved for himself, people considered him to be the youngest yet richest in the neighborhood.

Apparently, nobody had an idea about what he was really into. They all thought he was doing a certain business in secrecy only to find out the source of all his wealth was based on an illegal means. He actually had to kill people and rob them just to get money to purchase those expensive things he has been using. Below is what he tweeted

You could see that after tweeting this, he went ahead to commend the Ghana Police for such a good work done. 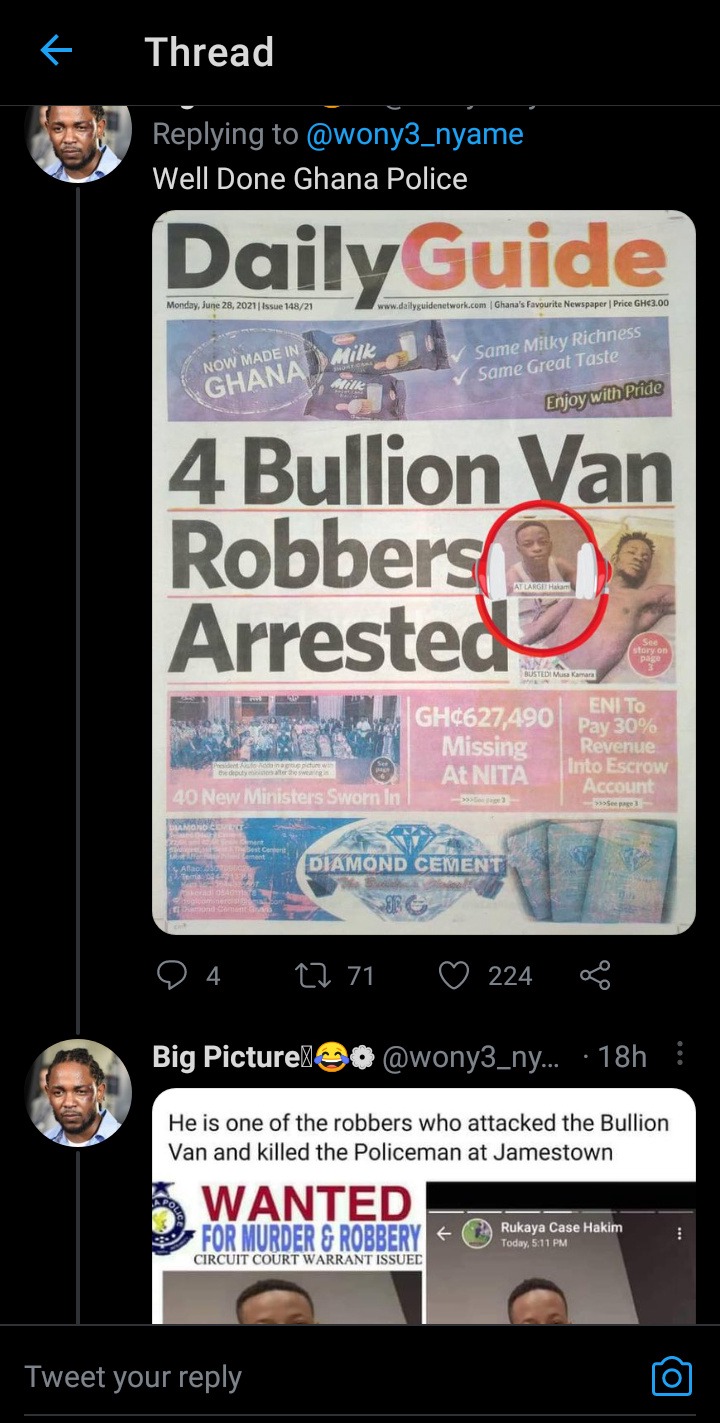 This is what is really happening in the country. The people we take for granted are the ones causing more harm. It will amaze you realizing that these people are influencing other guys indirectly yet never do they know where they get their money. Just take a look at the Kasoa incident where some little boys killed a 10 year-old boy. I am sure they had been overtaken by the pressure of people like these. They probably wanted to drive big cars and show off expensive things just like this guy and ended up killing the innocent kid.

Aside that case, there is a high probability that many people in the neighborhood probably moved to him and asked him to help them out in life by giving them a job. Trust me, he would recruit people who he thinks are fit for that horrible job if he found out they were very desperate for luxury. 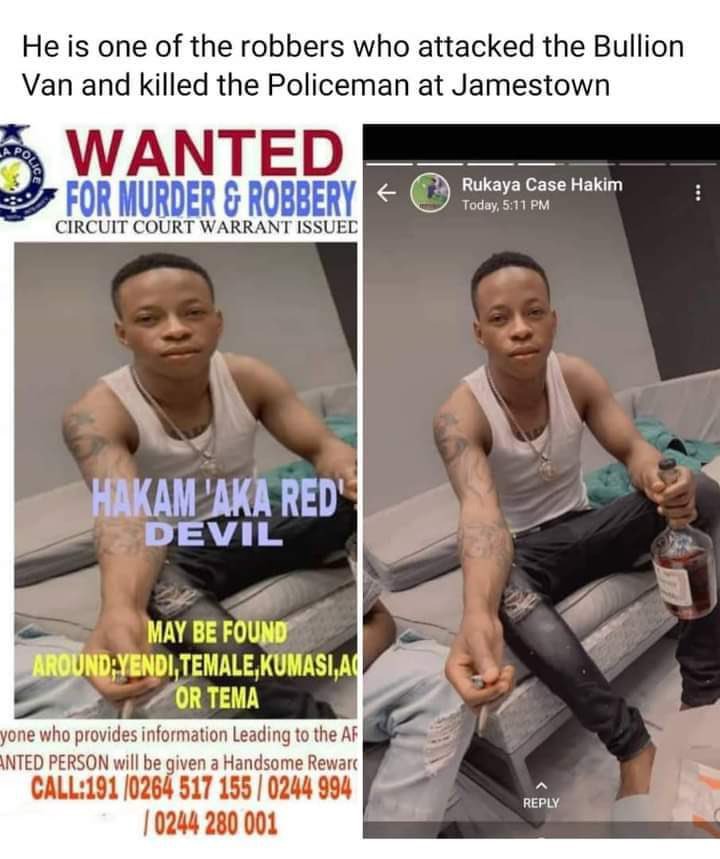 Please, let us not be envious of what people have or where they have reached in life because never do we know what they do behind the scenes. The whole neighborhood thought he was a business man not knowing his business got him forcefully leaking blood out of the veins of people.