Sad Story: Poor Boy Got Jailed For Stealing Medication To Cure His Rheumatism This article is an account of the painful yet regrettable experience of twenty (20) year old, Opoku Afriyie who got arrested and jailed for stealing medication to manage his rheumatic condition. It has been has been chronic and the poor boy couldn't afford to pay but to steal so he could once more get to move his limbs.

Recalling circumstances leading to his arrest to Crime Check Television, Afriyie disclosed that he had wished to visit the mother who was terribly ill and was on admission at Komfo Anokye Teaching Hospital but his rheumatism has gotten worse. He only had Twenty Ghana Cedis (GHC20.00) on him, an amount which could hardly pay for a prescription that cost averagely Sixty Ghana Cedis (GHC60.00).

Afriyie remarked that he wasn't a thief but the challenging situation caused him to steal, "at least so I could go and see my mother," he added. He walked to a nearby pharmacy and requested to be dispensed his medication.

He felt lucky when a call came in for the dispenser, so Afriyie handed the phone to the lady [dispenser] and when she had turned her back at him, he bolted.

"I actually couldn't have afforded the medication. So when the call came, I picked it up for her and handed it over to her. She got distracted and I quickly vacated the pharmacy," he explained. 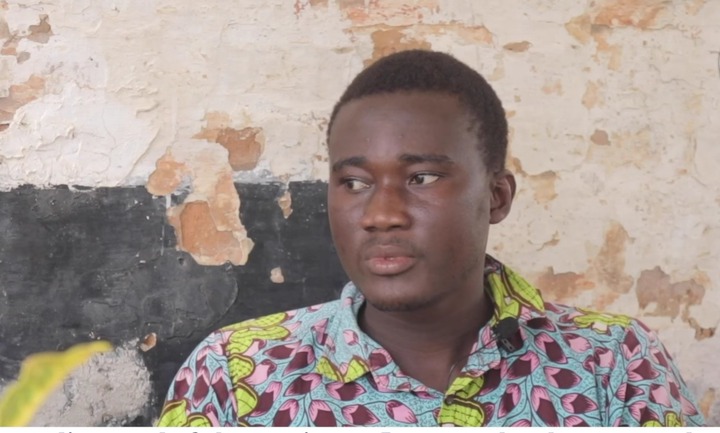 Afriyie was successful in his first attempt. He had finished taking the medication and wanted more. It was on his second attempt that he was caught.

"I went there again though without an intention to steal and was caught. They easily identified me and caused my arrest."

Asked if he was working, Afriyie indicated that he had wished to learn automatic mechanic but the mother couldn't afford to pay the fee for his apprenticeship. He still has the dream to learn that trade despite his poor health condition.