By DrewAlerts (self meida writer) | 17 days 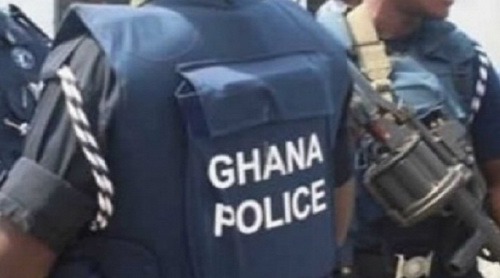 News coming from the police command regarding the conduct of some police patrol team has it that some 5 police patrol team members have been arrested and under investigation for allegedly extorting two persons to the tune of GHC38000, one at a gunpoint.

According to the report that was being discussed on Eyewitness News, the first incident involved a young man in an uber vehicle. He was stopped on the UPSA-Madina road and was questioned. After sometime they told the uber driver to go while they the police continued to interrogate him on the grounds that he was a fraudster. They demanded an amount of GHC20000 before they will let him go. Fearing for his life, he asked to be sent to ABSA bank and Ecobank ATMs where he made withdrawals to the tune of the money demanded. They sent him all the way to Circle where they left him on the overpass, according to report coming from the police themselves.

In a similar instance the same patrol team stopped a young man driving DV-plate registered Mercedes-Benz, accused him of being a fraudster and demanded money from him else he's arrested. They sent him to an ATM where he was compelled to withdraw money to the tune of GHC18,000 for them. Unfortunately for the police and fortunately for this young man, a CCTV captured the whole scene.

A young man who has experienced something similar being interviewed on the show recalled how he was accused of being a fraudster because of the 'Hangout' app on his phone. He mentioned how they seized his phone for the whole period and would hang up on anyone who called him during that period.

It is our hope that these bad nuts in the service are rooted out and dealt with swiftly in order to restore some dignity to the service.