By Cityzen_Vigilante (self meida writer) | 1 days

Nana Agyapa II, Krontihene of Ejura Sekyeredumase has told former President John Dramani Mahama that he is delighted with his decision to stay vigilant in future elections to ensure victory instead of seeking victory in Court.

He made this assertion when the former President paid him a courtesy call during his visit to the area as part of his "Thank You" tour in the Ashanti region. 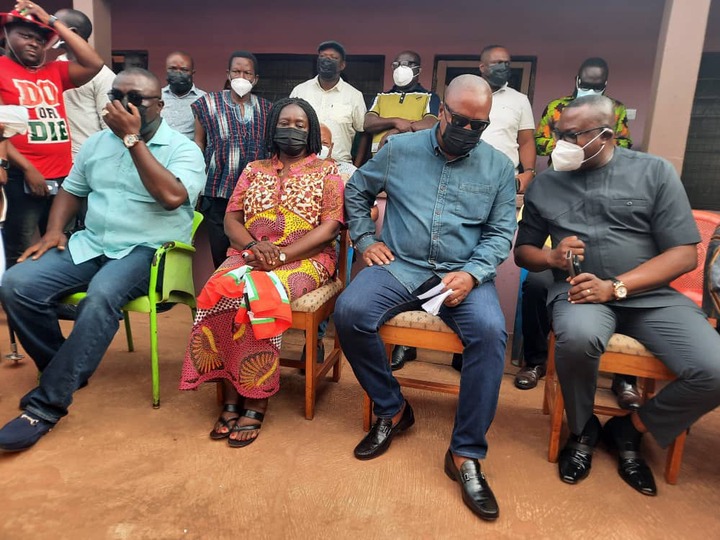 The former President was in the community to commiserate with families of some NDC Members who were involved in an accident prior to the 2020 general elections. They were on their way to a party rally when the accident occurred. Some lost their lives whilst others sustained serious injuries with some even losing their legs. The former President donated a cash amount of 50,000 cedis and promised to provide prosthetics to the individuals who survived the accident but lost their limbs.

The chief also waded into the "do-or-die" controversy and indicated that Mahama did not mean any harm with his utterances but people have chosen to twist his utterance for political experiences. He further indicated that he is glad Mahama has come to the realization that he could not be made victorious in the court but at the polling station. 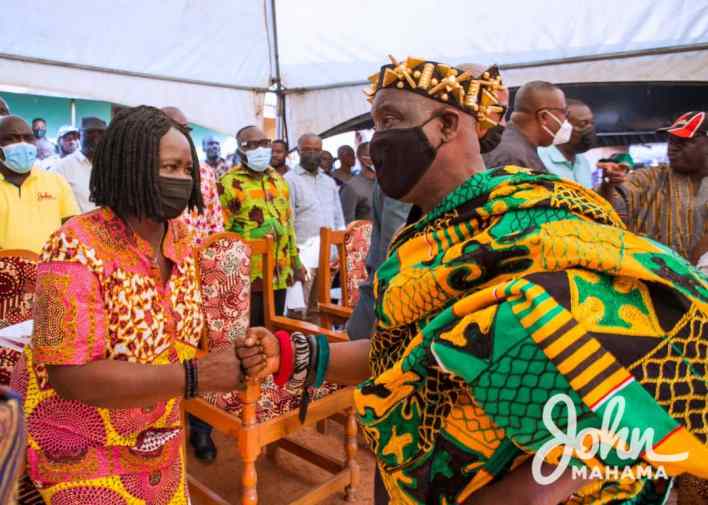 " It is frustrating when you say something and others get you wrong. The former President per his statement was only admonishing members of his party to be vigilant in future elections but meant no harm. Unfortunately, his statement has been twisted for purposes of political expediencies. He should not be worried because there are good times ahead. I am particularly pleased that he has realized that elections are not won in court but instead, would be more vigilant and do things right so that thieves do not steal from them" he proffered.

The former President says the 2020 elections have taught the NDC a very big lesson and would therefore do anything possible and within the law to be more vigilant and ensure that the right things are done.