Chief Funmilayo Ransome-Kuti is well known for becoming the first woman in Nigeria to drive an automobile, but she is also known for a variety of other accomplishments. Before her death, the Amazon was a Nigerian educator and political activist who was in the forefront of women's movement in the country.

2. She dropped Funmilayo as her Christian name and had Frances Abigail deleted from her official names informally.

This was done after she returned from her studies in the United Kingdom.

According to UNESCO, this is due to the bigotry she encountered while traveling.

3. She was the first woman to be elected to the Western House of Representatives.

Funmilayo was the first woman to be appointed to the Western House, in addition to gaining the chieftaincy title of Oloye of Yoruba people.

A post-colonial assembly, either legislative or advisory, that is recognized by either a national or regional government as consisting of and providing a collective, public voice for an ethnic group's pre-colonial authorities is referred to as the Western House. Throughout her life, the well-traveled crusader was honored with various awards and honors.

4. How she passed away

Funmilayo died on April 13, 1978, at the age of 77, following injuries incurred during a military raid on her family's land.

According to one report of the invasion, her family's farm was encircled by about 1,000 soldiers.

The soldiers assaulted inhabitants and destroyed property after forcing their way inside the property.

Funmilayo was alleged to have been thrown from a second-floor window, causing her to be hospitalized and, as a result, fall into a coma, leading to her death. 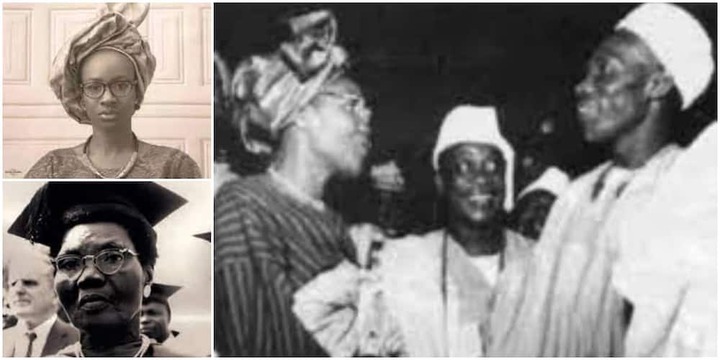 Content created and supplied by: longking77 (via Opera News )