By Citizen®Ayertey (self media writer) | 11 months ago 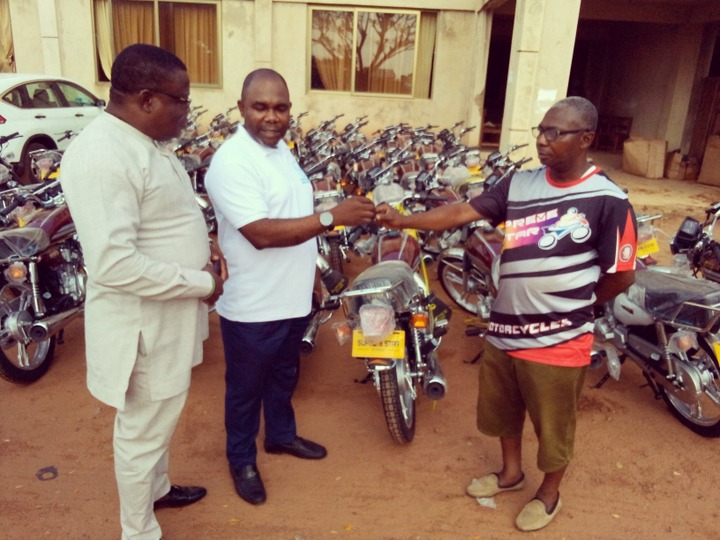 The Presiding member (PM) of the Upper Manya Krobo District Assembly (UMKDA), Mr. Eric Tettey on behalf of the assembly members received 48 motor bikes on Wednesday as part of governments move to support the work of assembly members across the country for national development.

Mr. Tettey noted that the bikes were expected last year after the Metropolitan, Municipal and District Assembly member elections for effective delivery of their duties as lawmakers.

In an interview with Trust FM, the Presiding member said he was hopeful that members of 'his house' will use the motor bikes in accordance to the reasons why they were given, in order to contribute their bit to national development at the district level.

He advised the honorable members to take good care of the bikes so that it will last for them as long they remain assembly members adding that, those who have old bikes should also take care of the new ones as a tool for national development.

He said just like the Members of Parliament, MMDCEs and other government positions are given vehicles to enable them deliver their duties effectively, assembly members also need same or similar provisions to aid their work.

He concluded by saying that, the UMKDA was grateful to government for the gesture as the terrain is quite rural, rocky and bad to travel on, and that it was a good move on the part of government to lay down these provisions.

Content created and supplied by: Citizen®Ayertey (via Opera News )