Two people; male and female, have been confirmed dead after a road accident in Mantukwa, a residential community within Sunyani Municipal of the Bono Region. The two; one female and a rider (male) were both confirmed dead on the spot of the accident at 8 this morning.

The accident which an eyewitness described as a lack of patience, was confirmed to have been caused by a 28-year-old motorcycle rider. Bamwel Tahiru, 28, was said to have crossed the bus driver at Mantukwa Jalaa junction.

The junction which is not a recognised junction by road and highway authorities, was said to have been created by Okada riders within Mantukwa. Despite the warnings we have been providing them to stop using the jalaa junction as a station, they have never listened and that is the main cause of the accident, Ing. Isaac Owusu Achiaw, a highway engineer with the Sunyani Highway Authorities said to the police after witnessing the accident. 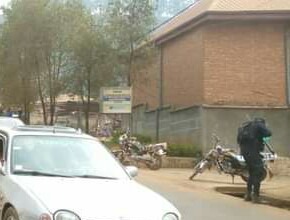 Ing. Owusu Achiaw was driving to work this morning when a motor rider crossed him at 50 feet intervals. The motor rider Bamwel Tahiru was crossing from the Jalaa junction onto the Mantukwa to Boreso road when he crashed into a bus coming from Sunyani to Mantukwa.

The bus which was at a minimum speed dragged the motorcycle along with the victims for about twenty feet off the road and that led to their deaths. The bus driver was trying to save them and tried veering off the road but he had no idea he was dragging them under the bus and that killed them both. 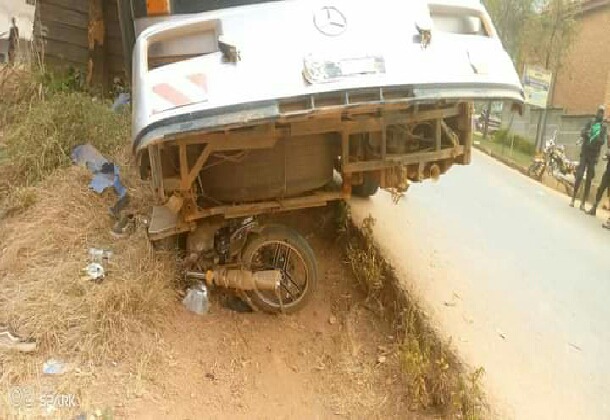 It was no fault of the bus driver and if I was close enough, I would have been the one to hit him before the bus. He saw me coming and still crossed me. He wanted to do the same with the bus, but luck wasn't on his side as the bus crashed him and the passenger to death.

Sunyani Police has taken the bodies to the mortuary whiles investigations are still ongoing. The rider has been identified but the female passenger hasn't been identified yet.

Wendy Shay Shared A Beautiful Photo On Social Media That Got Ghanaians Talking.