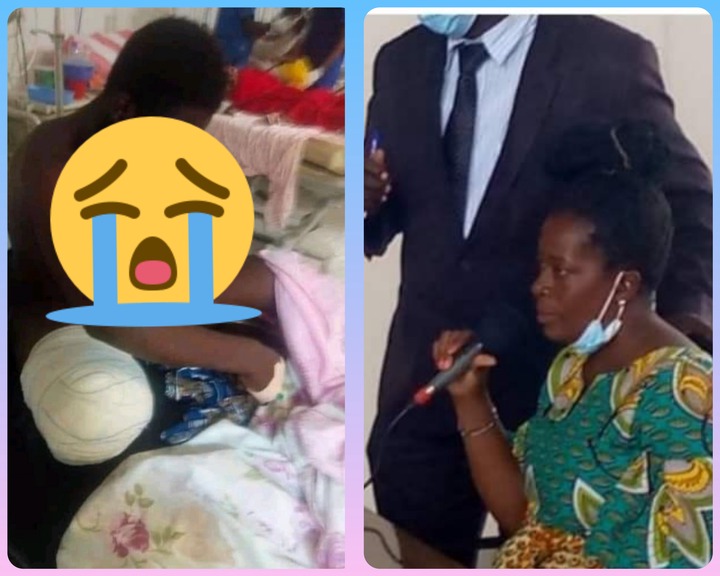 Madam Agartha Donyina, the mother of one of the four persons who sustained gunshot injuries during the Ejura alleged military shooting incidence has said that his son was not part of the protestors but a third year senior high school student who just came home on vacation.

According to madam Agartha Donyina, his son was only moving to purchase some medicines from a pharmacy only for him to be mistaken as one of the protestors.

Appearing before the three member committee who are probing into the Ejura disturbances, she said her 20 year old boy, Louis Ayikpe was not feeling well so he sought permission from school and came home. She said that after the boy went to the pharmacy, he kept a little longer because he passed by his friend in zongo community, from there that she received a call that her son has been shot. She added that the son was transferred to hospital before she rushed there.

She however, asked the government to intervene for her financially because the burden the injury has caused her is unbearable considering the fact that she has more kids to cater for as a single mother.