An Armed Robber Shot A Taxi Driver In Effiakuma, Critically Injuring Him

By Atene.gh (self media writer) | 1 year ago 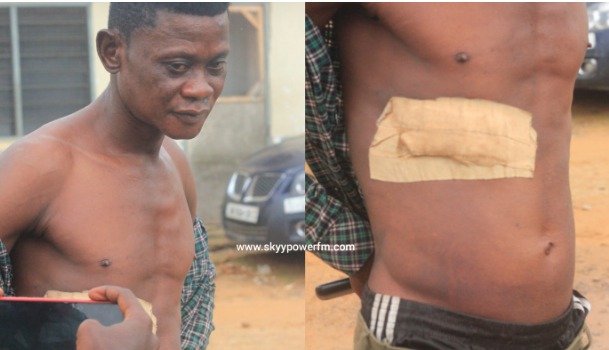 After a battle over his car, Raymond Okyere, a cab driver in Effiakuma, a neighborhood of Sekondi-Takoradi in the Western Region, was shot by an armed robber.

On Friday, July 2, he told Skyy Power 93.5FM that the event occurred approximately a week ago, when a thief hired him for a journey to Kojokrom.

"The thief told me to drive him to Kojokrom, but while we were driving, he urged me to turn around and go to Essikado," he claimed. When we arrived at Essikado, he made me wait for a bit outside the vehicle. He returned while I was waiting and instructed me to take him back to Kojokrom. "

Mr. Okyere said that the robber pulled out a pistol and shot him in the ribs while they were battling for custody of the vehicle as they headed towards Kojokrom 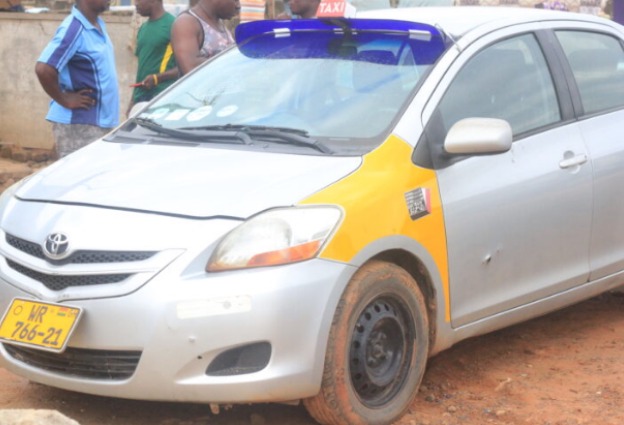 The victim, however, was driving to Kojokrom to seek assistance when a bystander decided to assist him by taking him to the Police Station to file a statement and then to the Essikado Hospital. He also stated that the robber's pistol had been handed over to the cops.

Furthermore, Mr. Okyere was only visited by the police once after the event, and no progress in the inquiry has been reported.

He looked pale and weak, and he indicated that he was in bad condition. And he's been going to the hospital every now and then to get his wounds treated, with the taxi owner paying the cost.