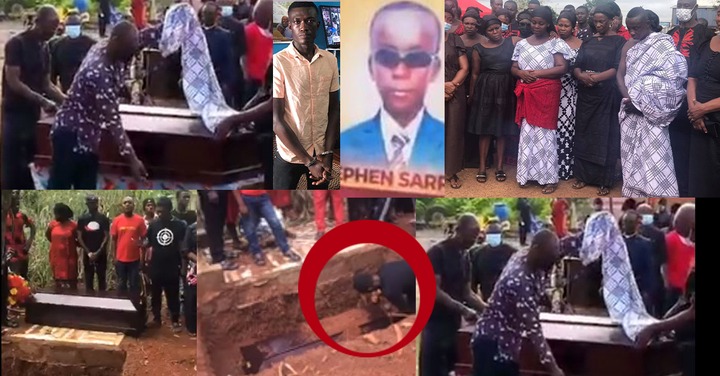 The African traditional setting has several beliefs. One which is scary is the belief that a dead person has the power to revenge by striking back at anyone who had a hand in the passage. When family members and friends are convinced that the death of their relative is not natural, they ask them to revenge at all costs. Some people do not believe in the tradition but others have a strong conviction that it works.

There have been several instances in Ghana where a dead person has been given a gadget (mostly a cutlass) to avenge the death if it is not natural. The family, friends, and loved ones of Stephen Sarpong, the young boy who was killed at Abesim Alaska Junction were present for his burial. When the coffin was sent to the cemetery, something happened. 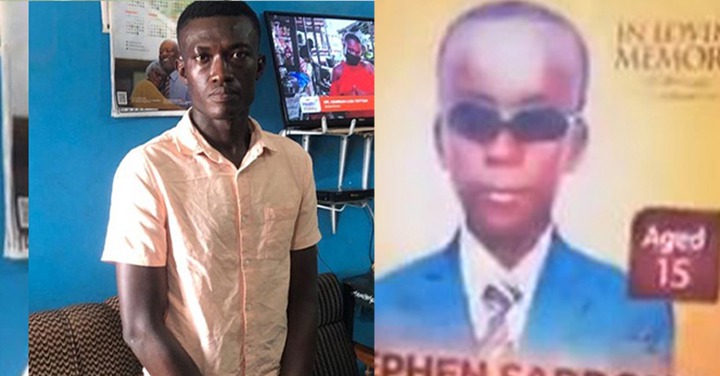 The family and the church were done with the prayers and paid their last respect. They left the cemetery for a few siblings to cover the grave of the young boy. However, they opted to also perform their last ritual before the grave would finally be covered. They asked for private time to enable them to perform the tradition but one of the family members who was wearing a red shirt and black trousers could be seen opening the coffin. He dropped a gadget that looks like a cutlass into the coffin and quickly covered it again. 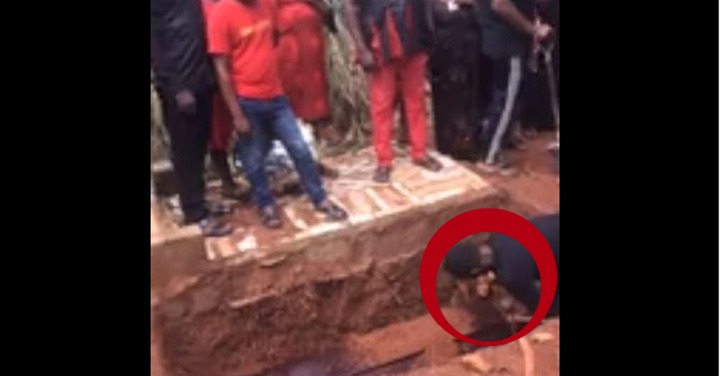 One of them whose name has been given as Alhaji indicated that the young boy, Stephen Sarpong will fight his own battle in the grave if justice is not well served to his killers. He revealed that if the case is not well handled, something will happen. Even though he was not empathic on what will happen, it is believed that the gadget that looks like a cutlass dropped in the coffin of the young boy will avenge and fight for justice spiritually. 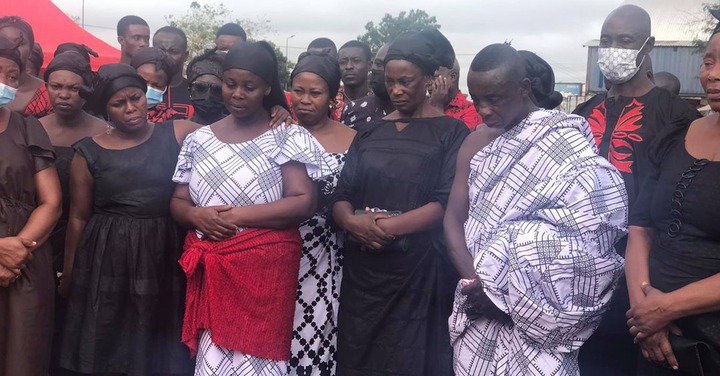 The family and close friends believe that the case is might end without justice being served. They are also unhappy that Richard Appiah, the prime suspect in the case is being considered as a mentally unstable person. We can only wait to see if the cutlass revenge will work. Only time will tell.