By MdkBanahene (self media writer) | 27 days ago

The whole of Ghana's attention is now in the Western Region considering the twist and turn on the 28-year-old kidnapped pregnant woman's case.

A few days ago, a pregnant woman was announced missing and was said to have been kidnapped by an unknown men in Takoradi on the 16th of September, 2021 after she failed to return home from routine walk exercise at dawn on the Amanoo road to the Paa Grant Roundabout.

To God be the glory, she is now found as reports came in that she was found by a carpenter near the Jehovah Witness Church building at Axim in the Nzema East Municipality where she is believed to have been dumped there by her alleged captors. According to reports, the lady was found so weak and traumatized to the extent that she could not even speak so she had to write on a piece of paper before they could traced her family.

Right now, there is a whole lot controversies amid this kidnapped case, the cause of it all is that, the 28-year-old pregnant lady, Josephine Panyin Mensah was found without her baby bump nor a child. According to her report, she forcefully went in labour the moment they kidnapped her but they took her child after she delivered. Moreover, she said if not that she is a twin, she would have been dead by now but they failed to sacrifice her because she is a twin. 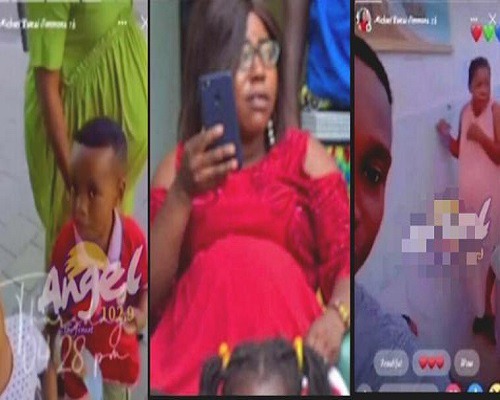 But however, the Western Regional Minister, Kwabena Otchere Darko Mensah has made claims that, Mrs. Josephine Panyin Mensah faked her pregnancy and kidnapping. He explained that doctors at the Axim Government Hospital has conducted examinations on her and the results show she wasn’t pregnant. The minister added that she has given birth either based on medical examination.

Prior to that claims, the husband has challenged the Minister's statement as he swore the wife was 9 months pregnant. According to Mr. Michael Simmons, his wife moved to stay with her parents after the pregnancy reached it 9th month and goes on routine walks based on doctors advice. According to the husband, his wife visits the Takoradi Hospital and her records are there to be verified that indeed, she was pregnant.

Recent videos of Josephine Mensah has surfaced on the internet and fast trending as this video sees Josephine heavily pregnant, her baby bump can be clearly seen in the video proving the Western Regional Minister's claims that the lady was never pregnant wrong. Her baby bump was visible in the videos broadcasted by Accra based Angel TV in their afternoon news.

One of the videos was taken from a recent birthday party of her first child who happens to be a boy, another video too is said to have taken on the month of August, 2021 at the Takoradi Mall which sees Josephine Mensah heavily pregnant with her big baby bump. Everything is complicated now.

Screenshots Of The Video 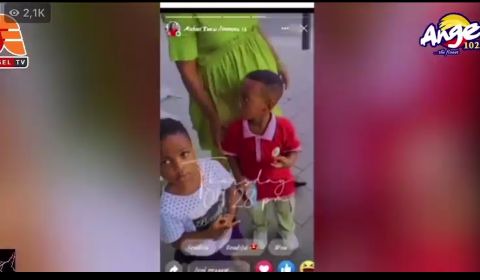 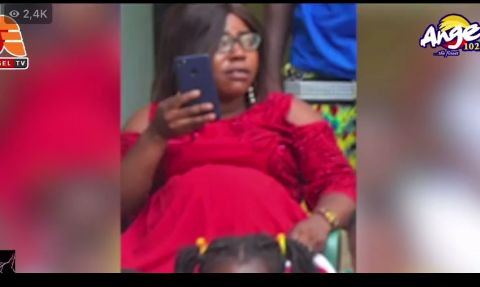 Click Here To Watch The Full Video With Chilling Details