By KofiLegit (self meida writer) | 28 days

Culture and Tradition has been one of the things that, binds different ethnic groups in Ghana together. Ordinarily there is a saying that any tribe that doesn't practice their tradition, don't know their root and their origin. There are many ways in which people can choose to display, and disclose their culture to the entire world. Some people can have a means of getting the attention of people, and communicate to them in a more matured manner. And one of the ways by which the tradition and culture of a tribe, can be disclosed to people is through Masquerade.

According to history, Masquerades was originated to serve as a tool to maintain Peace, orderliness, keep the rules and regulations governing the land. That anyone who is found guilty of any law, will be punished by the Masquerades. Sometimes, anyone that refuse to oblige to the consequences, or calling of the elders of the land to come and answer to his/her crimes, will be brought to book by Masquerades. In the other hands, Some people believe that Masquerades are the existence of the dead among the living. As such, there are masked spirits from the land of dead, that was invoked by the living to serve for a certain purpose.

There is a trending video that virtually gone viral across all social media platforms in Ghana, where an unidentified man was spotted being beaten by some group of Masquerades on the street, over an issue which is meaningless.

According to the video which has gone viral, the unknown Man refused to give of the Masquerades money. This then angered the masquerade, which made it to start beating him up. During this process, the man held firmly the huge stick with which the Masquerade was hitting him with, and this provoked the other masquerades and they rushed and started beating him. The man tried to run away from them, but they pursued him and continued hitting him with the sticks till they injured him on his head. 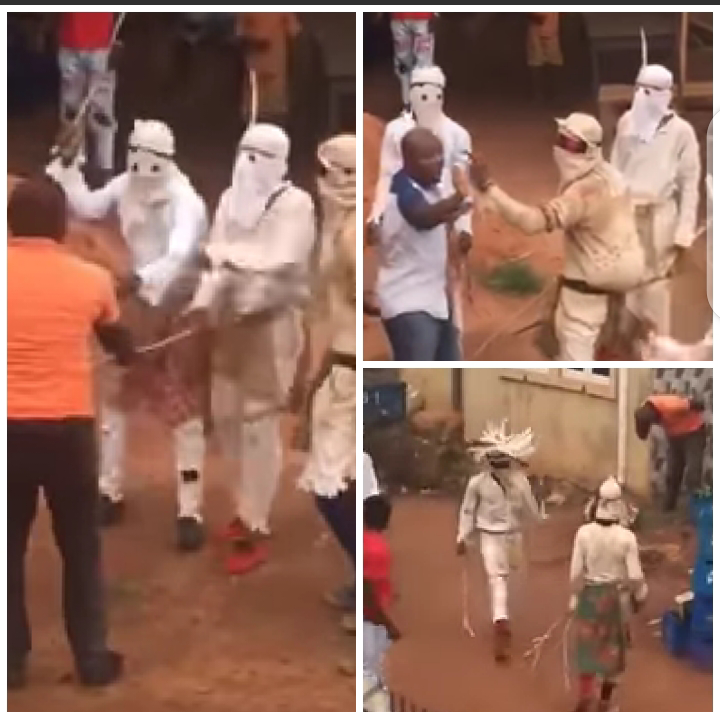 In Reacting to this, many internet users totally condemned the act, because there is never any law that states it is a crime, when you don't offer money to the Masquerades you meet on the streets.

Below are the Comments of some internet users over how this Masquerades beat up this young Man:

"For my village, e dey bloody ooooo at times. One of these masquerades was chasing one guy, and he ran behind a gate and hit the masquerade hard on the face with the gate. The masquerade's face tore into two. The way he was bleeding, nobody told him to remove his mask"

"It once happened to me in our village,they attacked me i didn't talk i go called two of my gallant brothers plus me we came after them.Believe me that we stone them and all of them sustained injuries luckily about 5 of them have to be taken to hospital. If god's are angry i didn't provoked god's"

"This is a high level of absurdity. My town practice this tradition, buh they have rules. You can't gather and beat up a man like this because you're called masquerades and go free. If the person in covering is not known or seen, those ones following it will be held. I feel pissed with this video, remembering my encounter with one of them on the 30th of December last year in my neighbouring town. I was later told that they don't have rules at all. They can hurt you and nothing will be done bout it. I practically negotiated with the fool for 30mins till he threatened to use his Cutlass. That was when the bike carrying me drove off and all I could do was lay curses on him together with the guy following it. It was my first time as a girl talking to masquerade and also giving my money to it directly. They said it was a taboo while I was growing up, buh I don't think it's so again. My Ghc500 just go like that. Anybody who can fight them, should do so and nothing will happen because they're not spirits as we all thought"

Below are the Photos gathered from the scene of the incident: 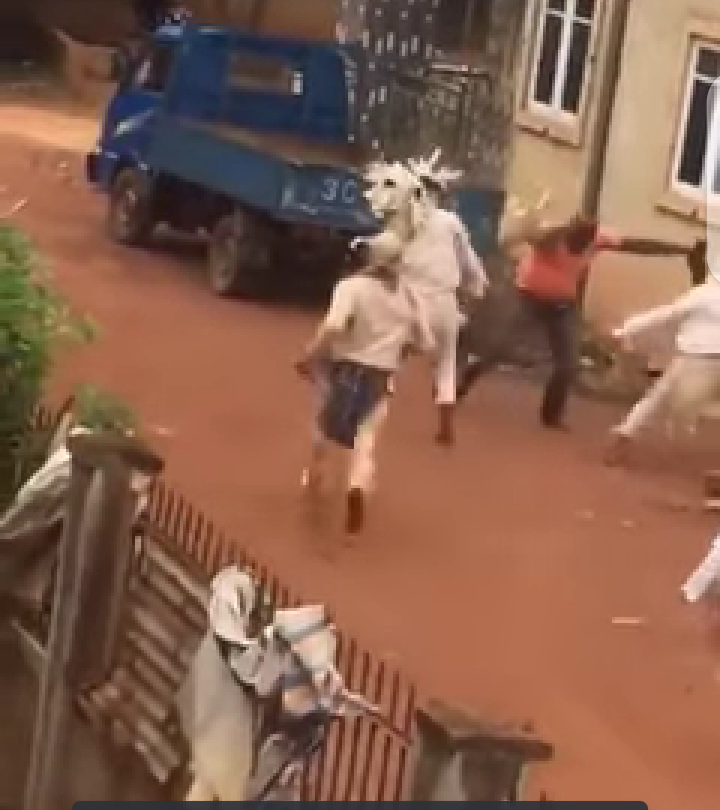 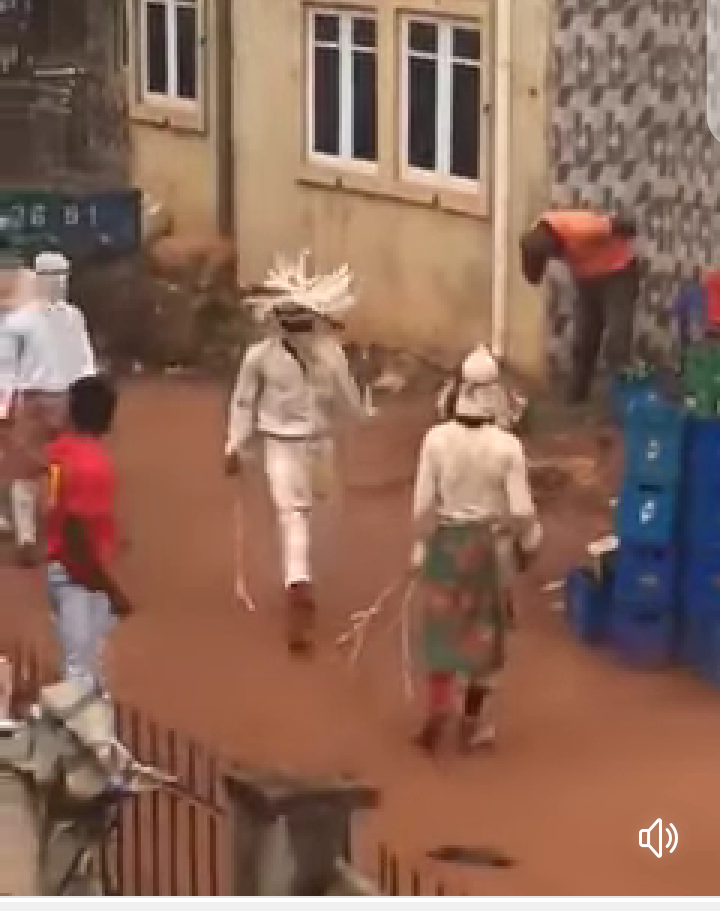 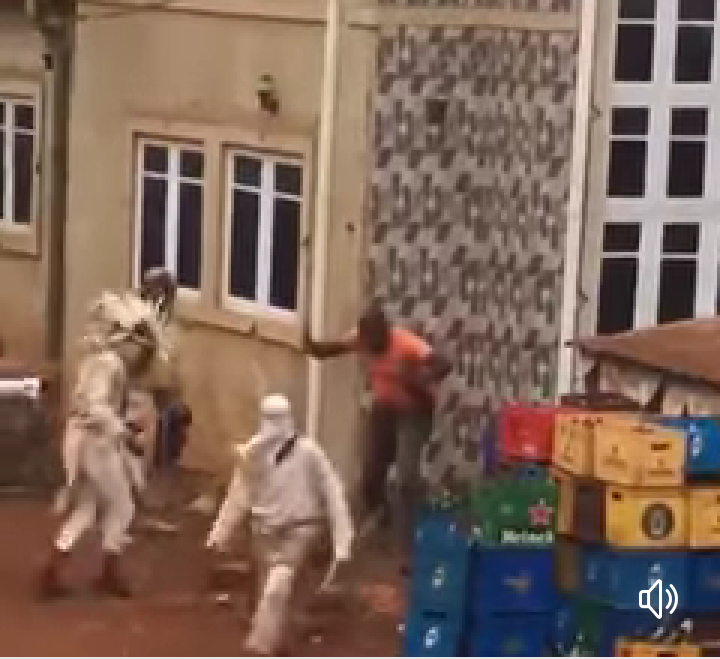 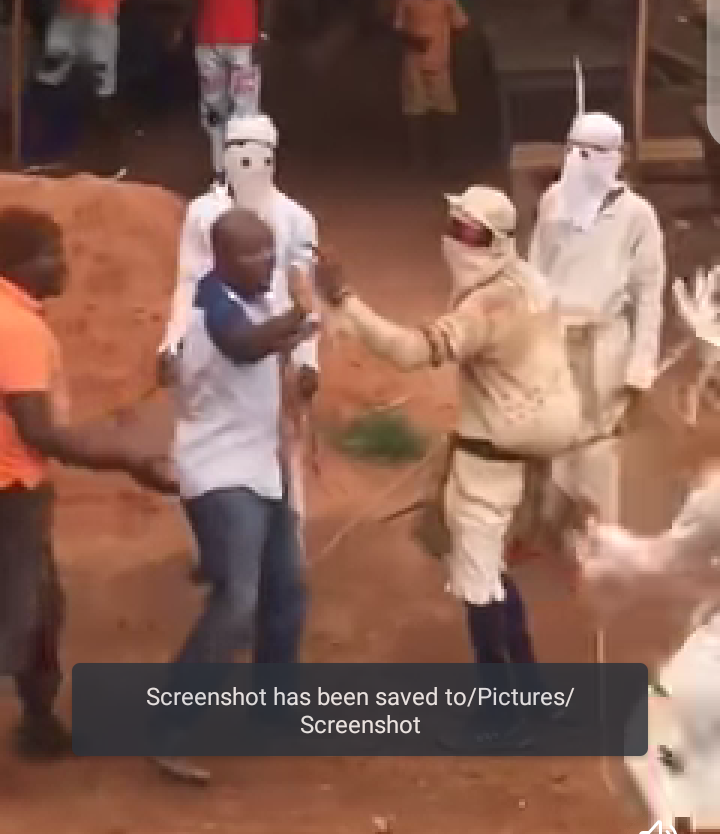 What do you have to say over this. Is this how Culture should be practiced? Was the man wrong for not giving the Masquerades money? Please kindly share this article across all social media platforms in Ghana.

Is It By Force To Do Fasting