By Wysopera (self meida writer) | 27 days 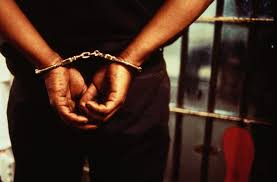 So many things are going on nowadays that if one is not careful, can lead to falling into a trap. Three grown men have been handed over to the police in their own interest as they embark on doing what everyone thought only the youths of today can indulge in. These men visited a village called Akpasa in the Volta Region on the pretense of selling used clothes commonly known as “Obroni”.

Little did the villagers know that they have planned mischief. According to Korbla Degbe, the man that nearly fell victim to their tricks if not that he was been tricked with such similar tactics before, narrated that they approached him (as he tried to ask for the price of some of the items they were selling) that they can make him rich in hours. They asked whether he was from the village, but he deceived them that he came from a nearby village. They asked him to give them his phone which he did. They told him that they would tie diamond at where the camera of the phone is and as he calls people to send mobile money to the phone, the diamond would enlarge.

At this point, he got their trick as he was tricked by a similar story before. He pretended and listened to all their instructions. They later gave the tied phone to him, instructing him to keep it hidden for six hours. He was also cautioned to send a lot of Mobile Money on the phone because the larger the money sent, the bigger the diamond would grow.

After they gave the tied phone with the supposed diamond to him, he untied it before their eyes after calling some of the villagers around. Lo and behold, they have managed to swap the phone with a stone. Were he to take the supposed tied phone away, he would realize later after they are far gone that it was a stone.

The villagers got angry and decided to lynch them. Although the police station was a bit far, the assembly member managed to control the lynching till the police arrive. Let us all try to live responsible lives.