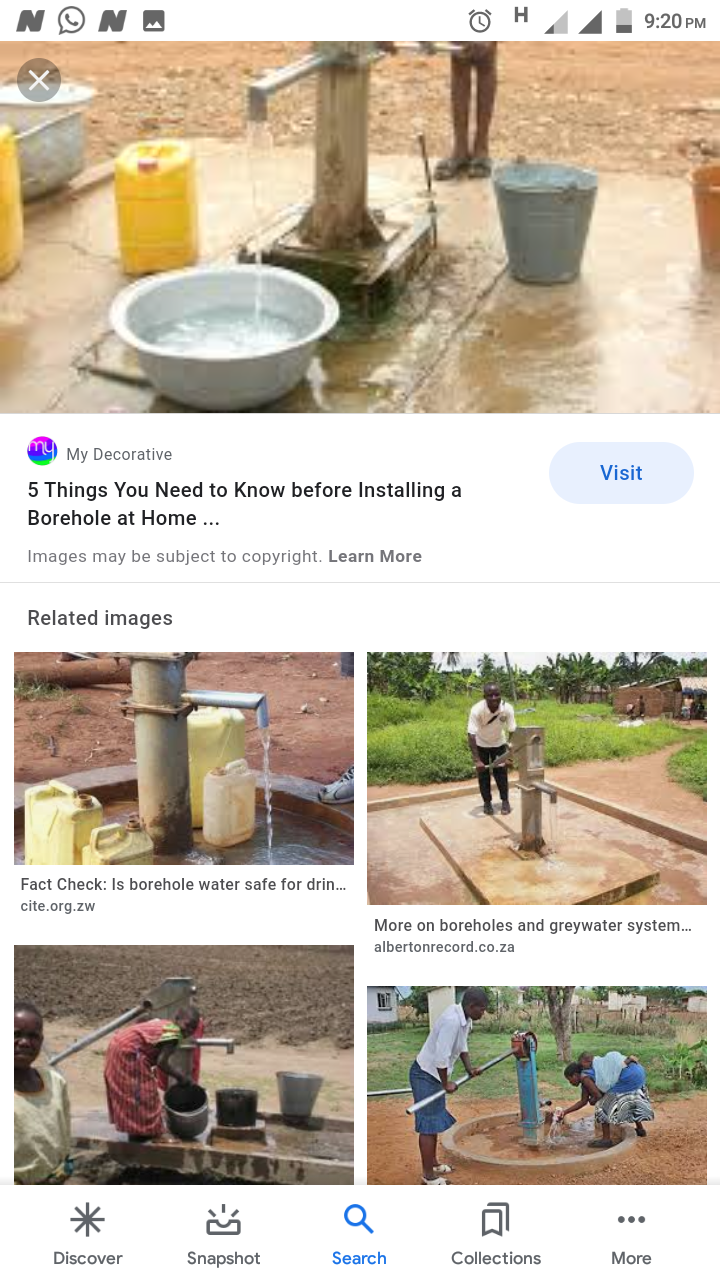 These are screenshot of how a borehole water system looks like, and if a community has it,then it means the have issue with the flow of water.

The traditional Rulers and inhabitants of okornya in the Yilo Krobo Municipality of the Eastern region are unhappy over Land dispute leading to the Lockage of a community borehole.

The Queen Mother of Okornya Manye Maku Doris Kwapong said the Borehole is the only source of water after Yaa Botwe stream which toilet is been discharged into it from nkurakan which flows through Okornya.

A business man know as Tettey Eric who bought a Land near the borehole has become a torn in their flesh day in day out.

However, after he acquired the Land for a washing bay business, he still claim that the part of the Land which the borehole is situated on it includes the land he purchased, due to this, he has refused to allow the natives in the community fetch water from the borehole by locking it up.

When they confront him, he threatens to kill the traditional Rulers and Council members.

She revealed that there was a time that Tettey Eric came to her residence to threaten her that if she dare speak on the matter he will kill her.

The queen mother said they as they reported the issue to nkurakan Police, he told them has all the police in his pocket.

So any time locks and they call in the police, the police ended up begging him before he reopens the water for the residents

He ended up assaulting our Youth leader and performed rituals on the Land where the borehole is been situated.

He cursed those who fetched water from the borehole by crushing fresh Egg on the ground at Night.

If Something is done about this Litigation then Okornya will capsized like a boat on the ocean.  She said.

The Dadematse Goerge Teye also told the media that he got him Apprehended in May 2019 because he lamented on the issue.

We are really facing challenges after one year he still comes around and Lock the borehole.

When we report the issue to Eastern Regional Command, he Assigned a C.I.D to measure the Land and after the measuring process the part that the borehole is situated on doesn't not belong to him. He has been threatening us with death everyday and everywhere. We only call in the police service when ever he locks up the Facility but currently the Youth in community are not happy with the situation by which one person has been on our nerves for long period.

Moreover, As a peaceful community we don't want to put the Law in our hands so we are Amicably Appealing to Opinion Leaders in Ghana to help resolve this crisis before anything bad happens

The Linguist of Nkurakan and Okornya Okyeame Joe Tetteh said, Tettey eric must be called Order.He has no right to lock up the Facility. If care is not taken , What he is doing might Lead to Mayhem.

Mr Alfred Brown revealed that he has been Locking up their Source of water but he is also having the same borehole water which he is selling it out for 20pesewas per bucket.

We are calling on the Ministry in charge of Water to come to our aid before the youth Takes the Law I to their hands.