A 27 years old man has been beaten to death at Manso Asamang in the Amanse West District of the Ashanti Region. This sad incident occured at a Small scale mining company in the area. The young man was accused of stealing gold from the company and security men of the company, about ten of them gathered around him and beat him, till he became unconcious. 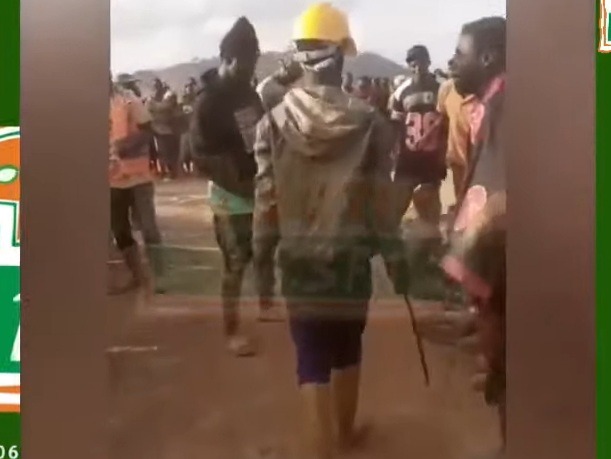 The security men beat him up naked, till his private parts became swollen. There were lots of people gathered around the area, including the manager of the company, but none of them tried to help the young nor stop the dreadful act. The wife of the deceased, Ama Awadanga lamented that she was at home when someone came to tell her that his husband was being beaten. 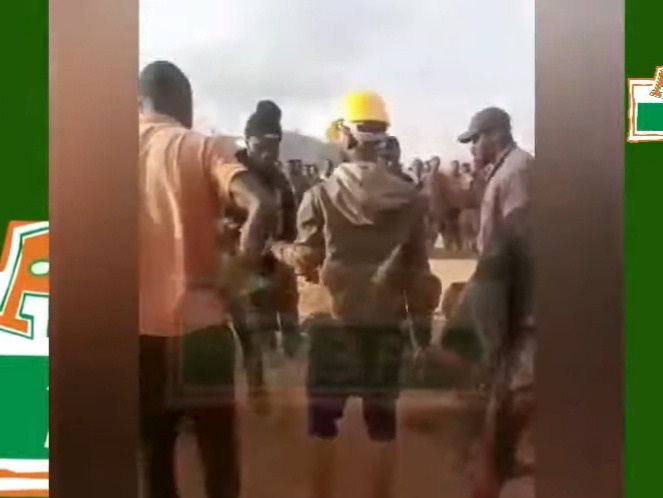 She hurriedly carried her 2 months old child to the place to plead on his husband's behalf, but to no avail. She said that the manager was laughing, and insisted they continue to beat him up. When he became unconscious, the manager released him to the wife and he was taken to St. Martins Hospital where he was confirmed dead. 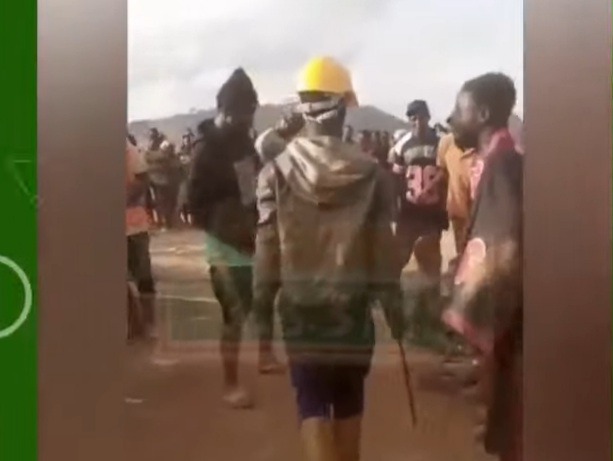 There was another man who was also beaten, but he did not die but remains unconscious at the hospital. The Police have responded that investigations will take place to bring these thugs to justice.