Exposed: Another Strange Details About Richard Gyamfi's Victims Revealed By The Police

By Kwofie-Fire (self meida writer) | 24 days 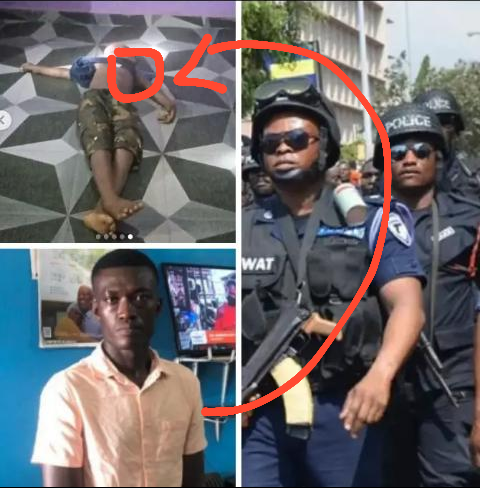 Photo: Police, one of the victim and alleged killer, Richard Gyamfi.

Another strange details about alleged killer Richard Gyamfi's victims has been revealed by the police. The case of Richard Gyamfi has been the talk of the town ever since he was arrested at Alaska Junction near Abesim in Sunyani, several revelation about the case has really marveled so many Ghanaians.

Amidst the shocking case of Richard Gyamfi, another strange details about the alleged killer Richard Gyamfi victims has been revealed by the police and this details has made many to wonder whether the alleged culprit has human feeling at all.

However, the police revealed that the alleged killer Richard Gyamfi has a particular hole in his house where he possibly buries victims body and this hole definitely looks like the ones in a burial ground. But the police are yet to show the general public the hole that they are talking about.

According to so reactions from concerned Ghanaians, the police are urged to do a neat and credible investigation on the alleged killer Richard Gyamfi case and they further pleaded that justice should prevail.

As at the time of this report, the police are yet to show photo evidence to the general public about what Richard Gyamfi do to his victims and everyone is hoping that justice will prevail.

25-year-old arrested for having midnight sex with a goat