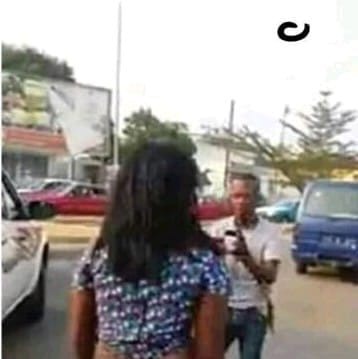 There is nothing wrong if we have something that we love dearly. But too much of everything is not good because it will lead to desperation which might put us in big trouble. When you mention women, it is a general belief that they are always associated with money because women love money a lot.

Young men nowadays have seen this vulnerability in women, so they tend to explore their weakness by enticing them with money to get anything they want from them.

Women on the other hand don't usually care how they make money, this is the more reason why young boys and sugar daddies take advantage of them. 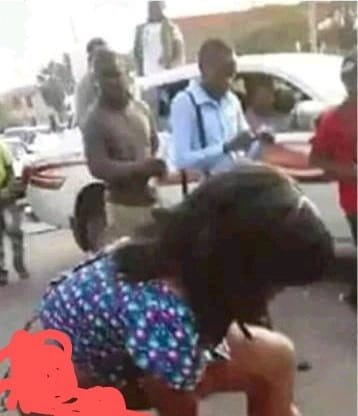 It was a tragic incident which occurred on a busy road when a young lady began to strip herself naked and started saying all sorts of unimaginable things to herself.

The last removed all her clothes and underwear and started saying things like "oh yes, I am in love with money", people were left in total disbelief when they heard this statement from her.

An eyewitness and a passerby disclosed that the lady had been dropped by a supposed married man who is old enough to be her father.

They said the man could have been her sugar daddy because moments before she came down from the car, she was kissing the man inside the car.

Passerby revealed that the man came with a black G-wagon with no plate number, and after some minutes the lady started to take off her clothes and began to display madness on a busy road. 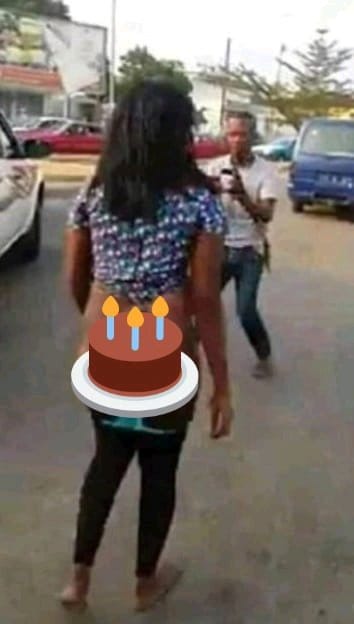 People tried their best by trying to hold her to get her back into her right senses, but all their efforts proved abortive as the lady continued her public show of shame.

Some people were quick to take pictures of her and started sending them on social media. Maybe her family can see it. Some people suggested that the lady might have been used for money rituals by the sugar daddy.

Women should always be careful with the type of men they go out with because some men are too desperate. Again, women should minimise the habit of asking too much from men, as this can sometimes push the man to use them for rituals when he starts feeling too much pressure from the woman.

Do you think the lady might have been used for money ritual? Let's hear your own opinion on the matter

Meet Bleau One Of The Female Contestants Of TV3's Mentor x.

Not Again: 3 Persons Arrested For Faking A Kidnapping Incident In The Western Region